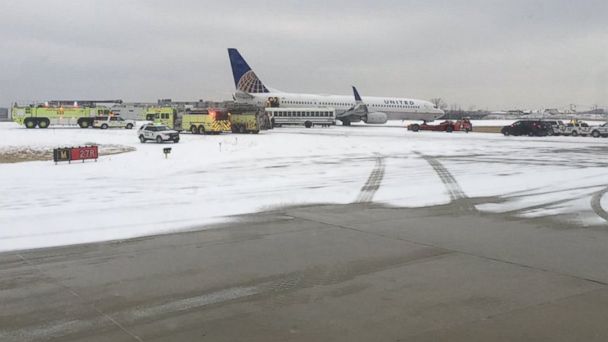 A United Airlines plane partially slid off the runway at Chicago O'Hare International Airport after landing Friday, according to an airline rep.

There were no injuries aboard the plane, United Flight 734, which left from San Francisco and arrived in Chicago just before noon, a United Airlines spokesperson told ABC News today.

A passenger on the flight, Don Dodge, told ABC station WLS in Chicago that the landing was very smooth, but after touching down, the plane wasn't able to slow down, and it slid and continued off the runway.

Emergency crews brought portable stairs to escort passengers off the plane, according to United. Passengers were then taken back to the terminal via buses.