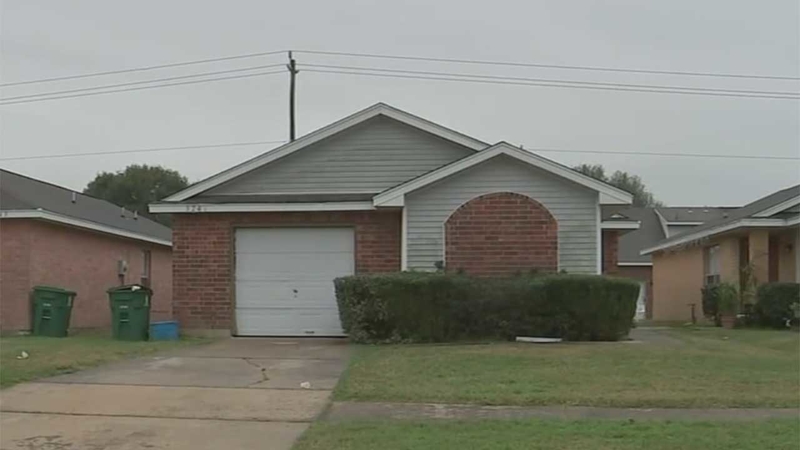 HOUSTON (KTRK) -- A former Yates basketball star was shot to death Tuesday night, after he was discovered in a neighbor's home armed with a knife.

Melvin Swift, a member of the Trinity Valley Community College basketball team, was shot in the 3200 block of Jorns, just a block from his family home.

Police say the family that lives on Jorns came home around 8pm. One of the young children found a a man in her room, allegedly holding a knife. The adults in the home, including a 21-year-old man, then confronted the burglar. That 21-year-old shot him in the leg.

Swift was then transported to Ben Taub Hospital, where he died.

Houston police have not identified Swift as the suspect, but family and friends confirmed it was the former Yates High School basketball star Swift was shot and killed last night at that location.

Swift was recruited by several Division 1 teams, but was going to school at Trinity Valley.

"It doesn't matter how I used to throw the alley-oop to Melvin, he was going to catch it and dunk it," says former AAU teammate Brandon Etienne.

Swift's family confirms he was home for winter break, and his family home is just a block from the location of the burglary. Etienne tells Eyewitness News that Swift was being recruited by several major Division 1 teams out of TVCC, and was planning to sign with one soon.

"I saw the NBA coming in a couple of years for Melvin. I saw it. His hard work, his ethic. He loved basketball so much. That's all he said he had. He wanted to do it for his mom and his daughter," Etienne says. "That was gonna be his meal ticket to get his family, his family out of the hood to show them something better. So I just hate that it had to go like this."