NJ police department save Christmas for family after presents stolen 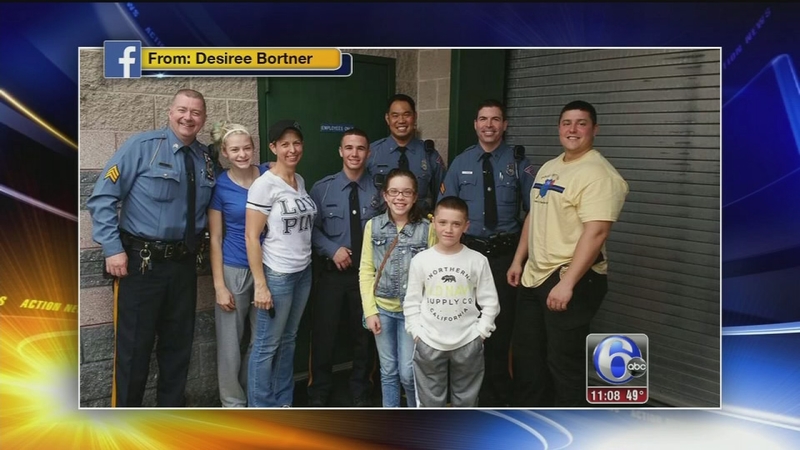 The Maple Shade Police Department saved Christmas for a Burlington County family after a Grinch made off with their presents on Christmas Day.

Reporter Christie Ileto spoke with the family Sunday about the ordeal and the generosity of the officers.

"I didn't think I got all this stuff taken away, but I actually did," said Adriana.

"I was in complete shock of what happened. I didn't know where the toys went or how they even disappeared," said mother Desiree Bortner.

Detectives said the suspects were able to enter the home through an unlocked door in the living room.

Just when Bortner thought their Christmas was gone, fate took a turn for the better.

A responding Maple Shade Police officer came back to the New Jersey home with a surprise after taking Bortner's burglary report.

"One of our officers had bought, out of his own pocket, a gift card for them in an attempt to try to replace the gifts," said Officer Brian Weiss.

"In return I told my daughter I said, 'We should go bring them a thank you card and maybe some cookies,' " said Bortner.

Little did they know when they arrived at the department there would be another surprise in store for the family.

"The gifts were wrapped and in the cafeteria so when they showed up we were actually able to give them a little Christmas morning right here at the station," said Weiss.

The officers and Toys for Tots stepped in and donated dozens of presents.

"When I saw it I was like, I don't think that's for me," said Adriana.

"They knew nothing about me and they gave something that was taken from us back, and they didn't owe that to us," said Bortner. "Things have a funny way of working out."

Instead of using the gift card, Bortner went out and bought a bunch of toys for another single mother in need to help save Christmas.

As for the person responsible for taking the family's presents, police said anyone with information is asked to contact them at 856-234-8300.