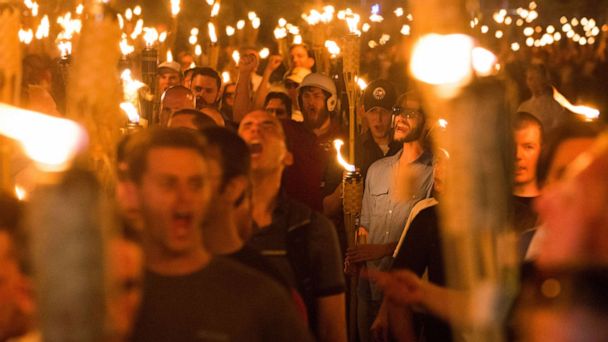 Four years after "Unite the Right" was held in Charlottesville, Virginia, a federal jury has ordered the white nationalist leaders and organizations who backed the deadly rally to pay more than $25 million in damages to nine plaintiffs.

The rally began as a protest against removing a prominent statue of Confederate General Robert E. Lee, and it turned deadly when James Alex Fields Jr., a self-proclaimed admirer of Adolf Hitler, drove his car into a crowd of counter-protesters, killing 32-year-old Heather Heyer and injuring several others. Fields later was sentenced to life in prison.

The 11-person jury that announced judgment in the case of Sines v. Kessler did so on its third day of deliberations. Plaintiffs in the civil case initially had asked the jury to consider judgments ranging from $7 million to $10 million for physical injuries and $3 million to $5 million for pain and suffering.

Despite the $25 million judgment, the jury also announced it was deadlocked on the first two federal claims of the existence of a conspiracy possibly motivated by animus toward Black or Jewish individuals.

The two deadlocked federal claims in the civil lawsuit, which was filed in 2017, were based on a rarely used post-Civil War law, the Ku Klux Klan Act of 1871. The law allows private citizens to sue other citizens for civil rights violations and for conspiring to interfere with the civil rights of others. Some rally organizers and attendees have maintained that they merely were exercising their right to free speech.

Integrity First for America, a civil rights nonprofit that's supported the plaintiffs in their years-long legal battle, told ABC News that the battle isn't over.

"Our team is committed to holding these defendants liable," Executive Director Amy Spitalnick said in a statement Tuesday. "Our plaintiffs also secured default judgments against seven other defendants that we'll be pursuing."

Following the jury's decision, Roberta A. Kaplan and Karen L. Dunn, lawyers for one of the plaintiffs, said in a joint statement that the verdict "sends a loud and clear message that facts matter, the law matters, and that the laws of this country will not tolerate the use of violence to deprive racial and religious minorities of the basic right we all share to live as free and equal citizens."