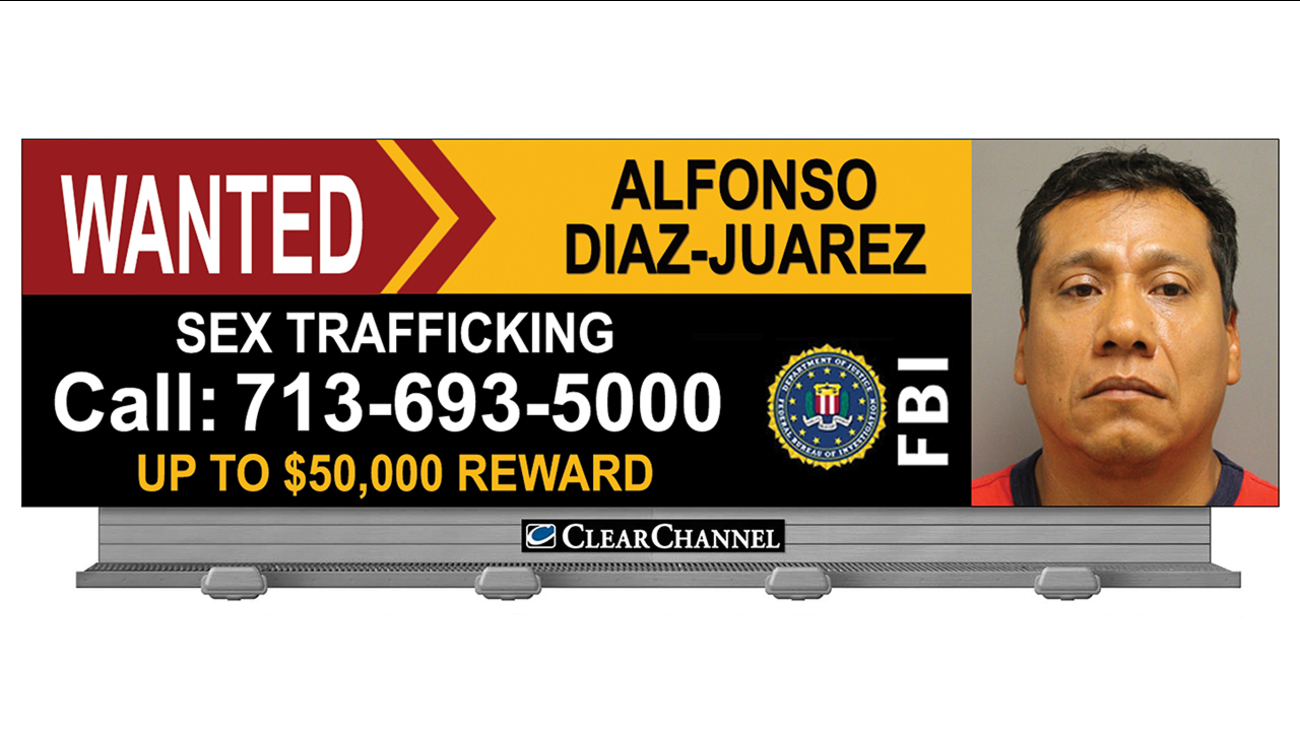 HOUSTON (KTRK) -- A digital billboard launched today now offers a $50,000 reward for information leading to the arrest of an international human trafficking fugitive.

Federal agents say Alfonso Diaz-Juarez, who goes by the names of "Poncho" and "El Greas," is wanted, along with 15 others, for operating an international sex trafficking organization which forced undocumented women and minors into prostitution.

The FBI says the sex trafficking operation began in the summer of 1999 across Houston and beyond. The FBI says it was all part of the conspiracy that the defendants relied on "padrotes" or pimps to supply women and girls for their brothels. The FBI says those directing the operation profited from the entrance fees, drink sales, and by charging for providing a room for sex acts, as well as condoms. The amount of money charged for a commercial sex act varied from $65 for 15 minutes up to $500 per hour for minors. Some of the victims were held in locked rooms.

Investigators say they believe Diaz-Juarez may be in Houston or Mexico, or traveling between the two.

Call the FBI in Houston at 713-693-5000 if you have seen him or contact the National Human Trafficking Resource Center at 1-888-3737-888. The hotline is available in more than 180 languages through the use of interpreters, including in Spanish.