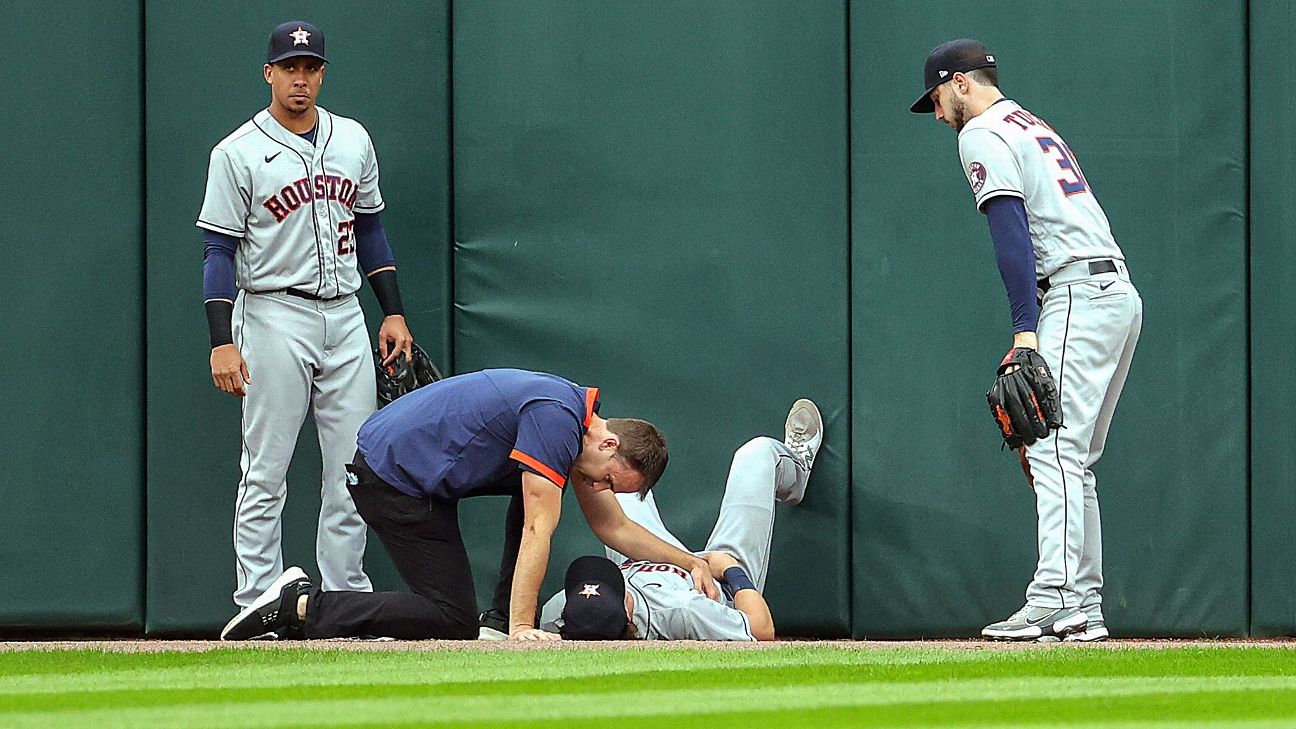 CHICAGO -- Houston Astros center fielder Jake Meyers left Game 4 of the American League Division Series with a left shoulder injury after attempting to make a leaping catch against the outfield wall in the second inning Tuesday.

Meyers was attempting to catch a drive to straightaway center by Chicago White Sox designated hitter Gavin Sheetsthatbounced off the top of the wall and over for a home run to give Chicago a 1-0 lead.


Meyers seemingly jammed his left shoulder against the wall and then lay on the warning track for a few minutes as Astros teammatesMichael Brantley and Kyle Tucker immediately waved for trainers to come out.

After being helped up, Meyers played catch for a few moments while manager Dusty Baker and the training staff watched on.

Following a short conversation that included shortstop Carlos Correa, Meyers came out of the game.


"He wanted to stay in the game but we don't know anything about his condition yet," Baker told Fox Sports during an in-game interview. "[Meyers] said he couldn't throw. And he said whenever he tried to throw 50% or higher, [his shoulder] felt like it was going to come out. So at that point in time we had to get him out of the game. I'm just hoping, because this young man has meant a lot to our ball club. ... We're hoping he's OK."