HPD: Two deadly shootings in SW Houston could be connected 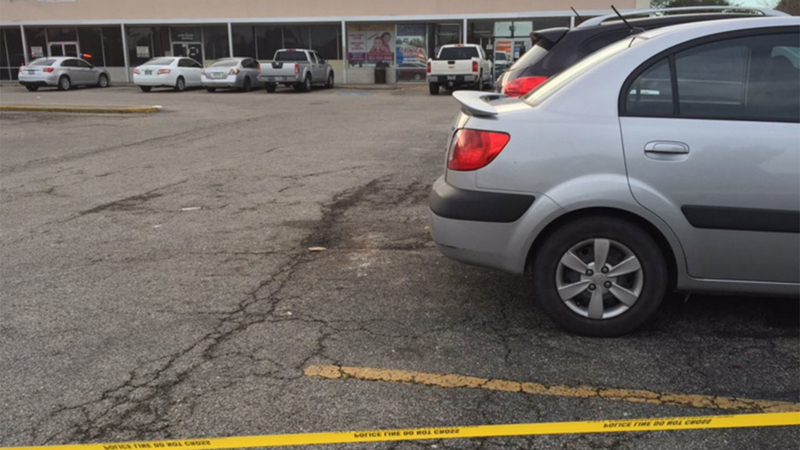 HOUSTON (KTRK) -- Houston police are investigating whether a deadly shooting Wednesday afternoon was in retaliation for another deadly shooting that happened just two hours earlier.

The first shooting happened in front of a medical clinic at 8410 Fondren in the Kingsgate Shopping Center. Eyewitnesses say it appeared the victim was trying to get away.

"They were chasing him," said Danielle Fortune.

According to Houston police, at least two people in a car confronted the victim. He was on foot. They shot at him through the car windows and the young male victim fell right in front of the clinic.

"The doctor tried to come out and save him but he couldn't," said Germany Warren, who lives nearby.

Police say the suspects then sped off and crashed into parked cars before they bailed out and ran. At least one person was detained.

The car the suspects were in was stolen, according to HPD Homicide investigator Bart Nabors. Both the rear and driver's side windows were shattered by bullets, he said.

Less than two hours later, Houston police responded to another shooting less than two miles away on Jessamine near Rampart. When they arrived, they found a another young Hispanic male dead in the street.

"Due to the proximity of that scene to this, we are going to investigate the possibility they may be linked," explained Robert Klementich with HPD's Homicide Division.

Police don't have a motive for the first shooting. The victim's mother identifies him as Jeffrey Machado, 17.

The area is known for gang activity, according to neighbors.