Deshaun Watson and the Houston Texans: What we know and what's next 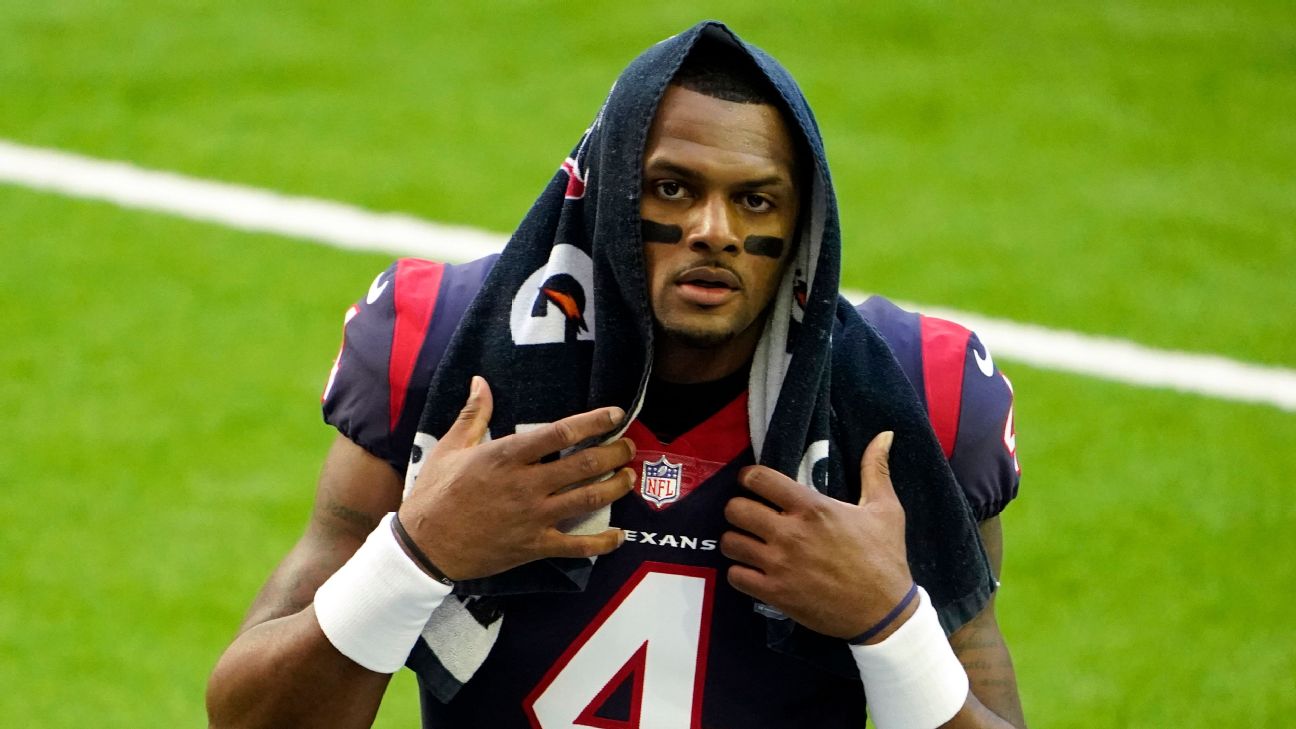 Still, the Texans did not turn to Deshaun Watson, but instead started rookie third-round pick Davis Mills.


Watson, who requested a trade in January, has been accused of sexual assault and inappropriate behavior in 22 active civil lawsuits and has been inactive for the Texans' first three games.

When asked after the Texans' Week 3 loss to the Carolina Panthers whether Watson would play for Houston again this season, coach David Culley said, "It's week to week."

Watson is on their 53-man roster, even though he is not practicing or playing. Sources within the organization have made it clear the Texans plan to continue to list him as "not injury related" on the team's daily injury report.

Where does Watson's legal situation stand?

Depositions were scheduled to begin in September for the 22 plaintiffs who have filed a civil lawsuit against Watson, but he cannot be deposed before Feb. 22, 2022.

Last month, Watson's attorney, Rusty Hardin, said theallegations of sexual assault and inappropriate behavior against Watson are being investigated by the FBI. Hardin also said Watson spoke to the FBI about allegations of extortion regarding one lawsuit.

In that news conference, Hardin said his law firm "will continue to cooperate with [the FBI] in any way that they want."

He also said they have cooperated with the Houston Police Department and district attorney's office.

At the time, he said Watson had not spoken to the NFL because typically the league "tries to not reach out to the defendant and his lawyers and seek evidence from them until the criminal investigation is over."

No. Watson does not take part in Texans practice and has been ruled out each week on the final injury report. And he does not travel on the road and is not on the sideline during games.

During training camp, Watson was in and out of practice, but never took part in team reps. Toward the end of camp, he often worked out on a side field while his teammates were practicing. Since the start of the season, he has not been on the field in the portion of practice open to the media.

How much are the Texans paying Watson per week to be inactive?

Although Watson signed a contract extension in August 2020 and has been paid a $27 million signing bonus, the quarterback is playing on the last year of his rookie deal.

What are the issues preventing a trade?

The lack of clarity around Watson's legal situation makes it difficult for a team to know what Watson's status will be for this season -- he could be put on the commissioner's exempt list or suspended -- and beyond.

Since Watson requested a trade in January, general manager Nick Caserio has been clear to other teams that the price for Watson is high. Sources told ESPN that Houston is not interested in trading Watson with conditions on the picks if he is suspended by the league.

According to ESPN's Adam Schefter, Houston asked over the summer for a package of six players and NFL draft picks from teams interested in trading for the quarterback. They would rather let the legal situation play out than take less or agree to conditions.

What are the key dates to be aware, of including the trade deadline?

What has the NFL said about Watson's situation?

The NFL has not addressed Watson's situation since just before the start of training camp, when the league released a statement saying it was not restricting Watson from taking part in any club activities.

While NFL commissioner Roger Goodell could put Watson on the exempt list because of the civil lawsuits, he has chosen not to. If there are criminal charges filed against Watson, that could change.

What's next for Watson and the Texans?

The Texans expect this to be a waiting game, unless a team comes with an offer that blows them away. Watson doesn't want to play for the Texans, and the team spent much of the offseason and training camp distancing itself from the quarterback. 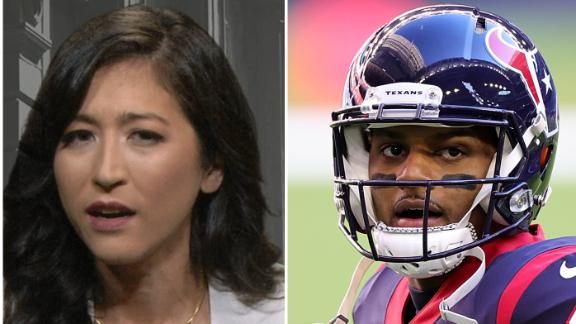