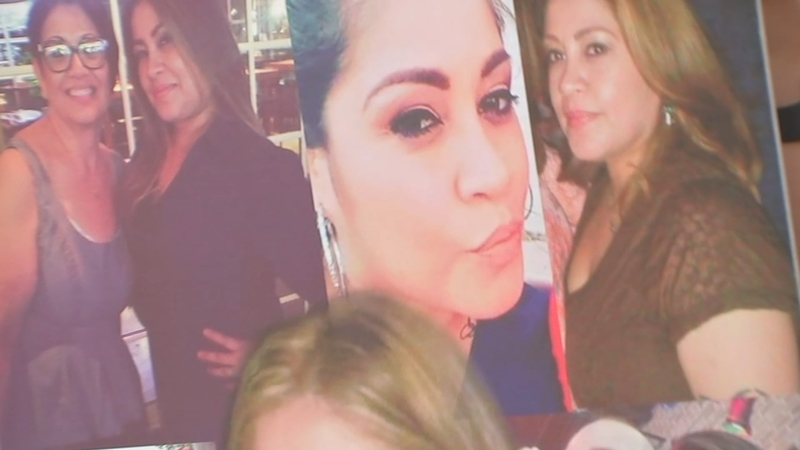 HOUSTON, Texas (KTRK) -- It's been three years since Jennifer Maria Sanchez, a mother of six, went missing after leaving her north Houston apartment, telling her son she'd be right back.

Her family in 2018 was desperate to find Jennifer, holding searches and hanging posters.

That desperate plea has grown with each passing day and no new answers.

"You know, when you're driving and you look at the bayous and you're wondering, 'Could she be in there?' said Sanchez's mother, Ofelia Gomez. "When you hear that they found somebody's remains, you're just at a standstill wondering if they are going to call you because that's her."

Sanchez was seen the night she disappeared at a bar with her estranged husband, Joey Sanchez, whom she had filed abuse charges against.

They were due in court days later for one of the cases, but she disappeared hours after surveillance video captured the two together.

Joey Sanchez, who has a violent criminal history, is a registered sex offender.

He is charged with capital murder in Jennifer's death and has been sitting in jail with no bond for three years.

Investigators said he is not cooperating.

Wednesday night marked three years since she was reported missing.

The family held a small gathering with balloons, candles and another walk to hang posters, still working hard to keep her case alive as her mother pleads to hold her daughter one last time.

"If they were to tell me they found her body, even though I know she is all skeleton right now, I still want to hold her. I still want to know where she's at," said Gomez.

Detectives with the Houston Police Department have tried speaking with Joey Sanchez's family, who live just a few blocks from where Jennifer disappeared.

The family has declined to assist in the investigation.

Police tried appealing to Joey Sanchez to speak with Jennifer's mother, which he refused to do.

If you know anything about the murder and disappearance of Jennifer Sanchez, you can anonymously report tips to Crime Stoppers at 713-222-TIPS.