Amendola, who was a favorite target of Tom Brady in New England, is coming home, according to reports.
KTRK 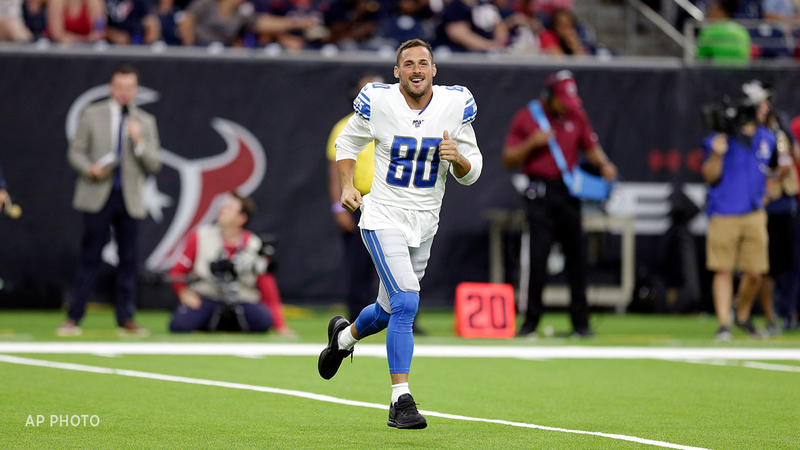 HOUSTON, Texas (KTRK) -- The Houston Texans appears to be adding a Super Bowl-winning wide receiver to their offense, who also just happens to be a native of The Woodlands.

Danny Amendola, who is memorable for being part of multiple championship teams for the New England Patriots, has reportedly signed a one-year deal with his hometown team, the NFL Network's Tom Pelissero reports.

Pelissero, citing the 35-year-old pro's agent, tweeted on Tuesday night that the deal is worth $2.5 million.

Shortly before the signing, head coach David Culley's staff reportedly worked out Amendola, who is coming off a two-year stint with the Detroit Lions.

As of Wednesday morning, the Texans have yet to announce the signing.

Aside from New England, the undrafted Texas Tech alum has been part of the Miami Dolphins and the Rams, as well as practice squad stints early in his career with the Dallas Cowboys and Philadelphia Eagles.

Amendola graduated in 2003 from The Woodlands High School.

The reported signing adds a veteran target for Tyrod Taylor, who was officially named the Texans' starting quarterback heading into this season.

Amendola would also be general manager Nick Caserio's latest addition of a former Patriots player. For example, Rex Burkhead, who was in New England from 2017 to 2020, is a member of Houston's running back corps.