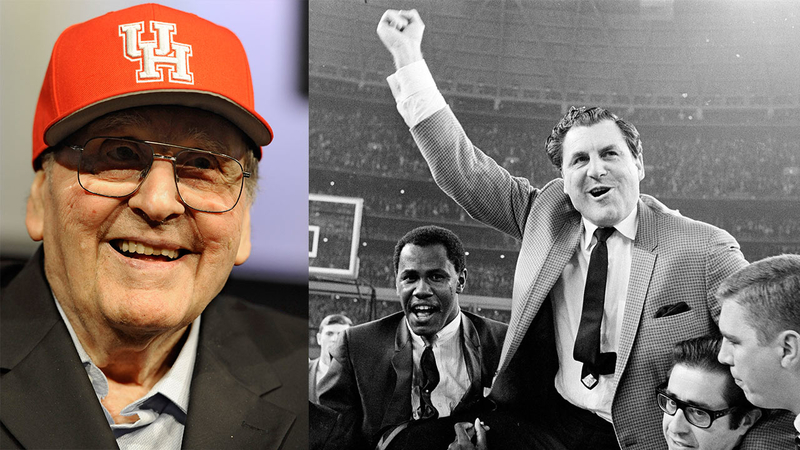 HOUSTON (KTRK) -- University of Houston coaching legend Guy Lewis has died. He was 93.

Lewis is most widely known for producing the Phi Slama Jama team, which developed Hakeem Olajuwon and Clyde Drexler, with a game played above the rim.

"He always said the dunk is a much safer and accurate shot than a jump shot, so he told his players, 'Anytime you can dunk, do so.' And Phi Slama Jama was born," the coach's son, Vern Lewis said.

Our thoughts and prayers go out to the family of Hall of Fame Coach Guy V. Lewis who passed away this morning. A true Cougar legend.

Prayers going out to the family of Coach Guy V. Lewis.

Perhaps his most important contribution to the game is his recruiting of African American athletes well before the Civil Rights era.

Guy Lewis and the UH basketball team, including the legendary Elvin Hayes, board plane in 1966