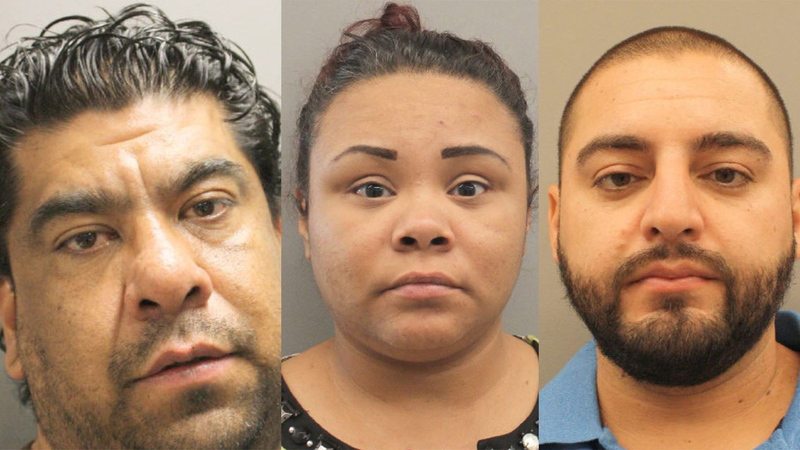 HOUSTON, Texas (KTRK) -- The manager of a Houston gentleman's club and two of his employees have been convicted of killing an Army veteran at a nightclub in 2017.

Lancelin's body was then placed in the backseat of his red Ford Explorer and was driven to La Marque where the SUV was set on fire. The Houston Police Department questioned Segura at the time, who issued a statement on the shooting.

Witnesses told investigators Segura was jealous that his girlfriend, who was later identified as Castellano, was paying a lot of attention to Lancelin.

They told police Segura shot Lancelin in the restroom after the nightclub was closed.

Investigators said Castellano cleaned up the crime scene and Leon, who also worked at the club, helped put Lancelin's body in his SUV and burned it.

Earlier this month, Segura pleaded guilty to murder and was sentenced to 35 years in prison.