Charges read in court against suspect in NOLA officer's murder 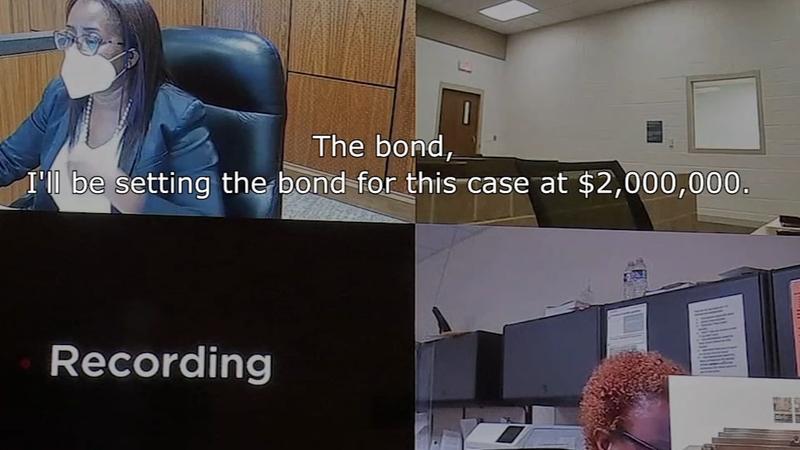 HOUSTON, Texas (KTRK) -- One of two men accused of killing an off-duty New Orleans police detective will remain in jail after a judge denied bond on several felony charges.

Frederick Jackson, 19, is accused of capital murder and attempted capital murder in connection with the shooting death of Everett Briscoe at a Galleria-area restaurant. Another man, Dyrin "DJ" Riculfy, was critically wounded and remains in a hospital.

Jackson and Anthony Jenkins, 21, are both charged in connection with the case. Jackson's bond was set at $2 million on the attempted capital murder charge, but the denial of bonds in relation to other charges, including capital murder, will keep him in custody.

According to Harris County District Attorney Kim Ogg, Jackson was already out of jail in connection to an aggravated robbery from 2020 in which he allegedly followed someone home from the Galleria area. His bond was forfeited earlier this year. Earlier this month, Jackson failed to appear for a court hearing, which, in its wake, led to the discovery that his ankle monitor was cut off.

Last week, Briscoe and Riculfy were shot at the Grotto restaurant Saturday as their group was robbed.

While police withheld specific details on how they determined Jenkins and Jackson to be suspects, they stated research on the motive and the vehicle, as well as a number of Crime Stoppers tips, led investigators to them.

During a news conference on Friday to announce the arrests, Ogg hinted at seeking the death penalty in the case due to the capital murder charge.

Frederick Jackson and Anthony Jenkins are in custody as suspects in New Orleans police Det. Everett Briscoe's murder in Houston. The video above is from the Houston police news conference announcing their arrests.