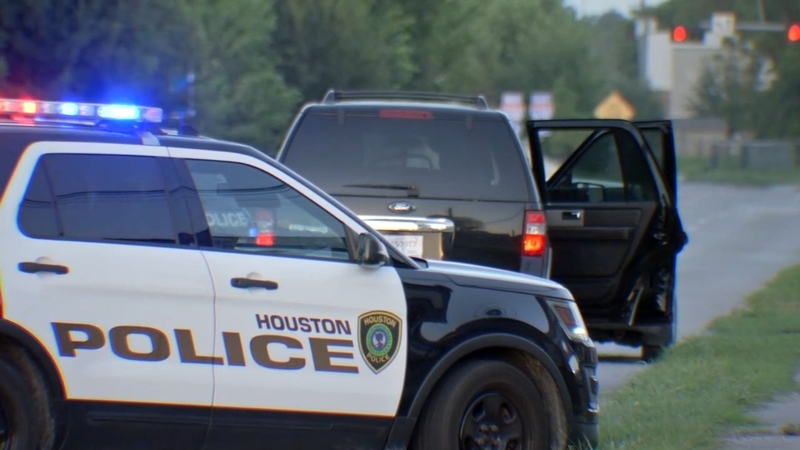 HOUSTON, Texas (KTRK) -- A 9-year-old girl and her 6-month-old brother were taken to the hospital after a road rage incident ended in a shooting on the North Loop, police say.

According to Officer Almugerh Alobaidi with the Houston Police Department's Major Assaults Division, a mother and father were in the car with two children driving eastbound on the highway around 7 p.m. Sunday evening.

Officer Almugerh Alobaidi with HPD's Major Assaults Division provided an update on the road rage shooting that left a child and small infant injured on the North Loop Sunday.

Officials said the suspected gunman who was driving the other car tried to merge in the lane in front of the family's vehicle on the roadway which caused the kid's father to throw up his hands.

That's when police say the other driver rolled down his window, and began laughing before pulling out a gun and firing several rounds into the family's car. The suspect then drove away.

Police say the young girl was hit on the back and legs by shards of glass and the infant appeared to have a few scratches from the glass on his forehead. Both children were taken to Texas Children's Hospital and were reportedly in stable condition.

Authorities said the family's vehicle was riddled with bullets so badly that they couldn't get out right away. They pulled over to Yale Street where a nurse attempted to render aid.

Houston police said they're searching for a red 2-door Acura around the area with paper tags.

The boys, ages 6 and 8, were able to grab the steering wheel of their SUV after their father was hit by gunfire on I-10 near Federal Road.

A judge has granted bond for Gerald Wayne Williams, who is accused of killing a 17-year-old in a road rage shooting following an Astros game in June.