Biden's speech fails to calm fears among Afghans in Houston 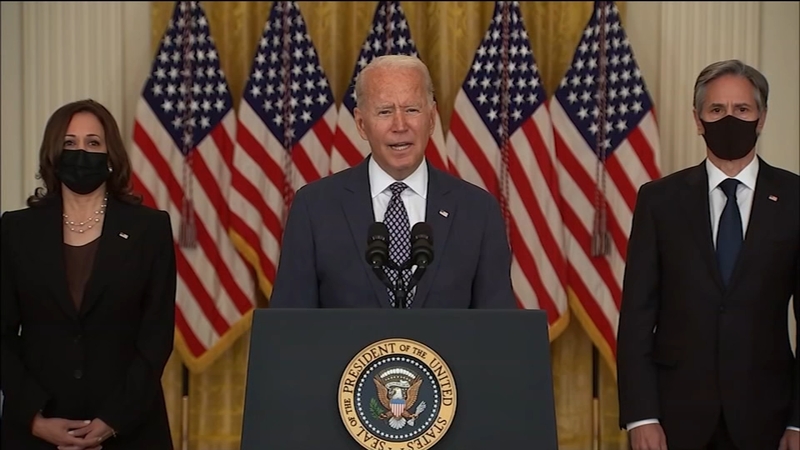 Biden's speech fails to calm fears among Afghans in Houston

HOUSTON, Texas (KTRK) -- As a call to prayer held Friday afternoon rang out across the street from Abdul Rahman's home, he worries about his family still in Afghanistan.

"I'm in contact with friends, family, relatives, and friends of friends. Every single person wants to get out," said Rahman, who worked with the U.S. military for many years before getting a special immigration visa (SIV). "They don't want to live under that dictatorship, which is taking over the country."

Now, even with assurances from President Joe Biden, Afghans in Houston doubt family and friends can get visas.

READ MORE: Biden's pledge to Americans in Kabul: 'We will get you home'

"I have my siblings and parents in Afghanistan. They would not qualify for SIV," said Rahman. "I'm working on getting them to at least a neighboring country."

However, there are glimmers of hope.

Over the next few weeks, they will help process newly-evacuated Afghan refugees.

READ ALSO: Afghans who helped US military plea for escape: Taliban will 'cut our heads off'

"I'm asking please help me," said Gulaqui Salih, another Afghan we met at the mosque. "My family over there, all 10 people over there. Please help me."

Meanwhile, Farhad, another Afghan native who worked as a translator for the U.S. military, said he knows his parents would never be among those who will be evacuated.

"Everybody is trying to get to the airport and my mom and dad, they are old. They cannot get in the rush," Farhad said.

He is hoping that there will be peace in Afghanistan so that the millions who are staying in the country can be safe. Meanwhile, Rahman doesn't have much hope that peace can be part of his homeland anytime soon.

"It's a horrible scene," he said. "I can't think of a worse failure in the 21st century than what's happening in Afghanistan."