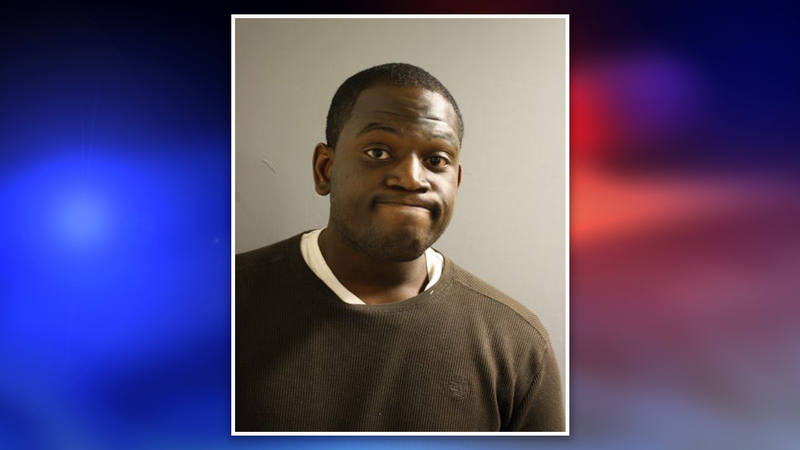 HOUSTON, Texas (KTRK) -- A Houston man has been sentenced to 25 years in prison for molesting a 3-year-old girl.

Wilber Curtis Johnson, 30, was given the sentence without the possibility of parole after he was convicted of super aggravated sexual assault of a child for molesting a young girl on Oct. 1, 2015.

"We have a duty to protect the most vulnerable in our community," District Attorney Kim Ogg said. "When someone molests a child under the age of six, our law provides for them to serve every single day of their prison sentence without the chance of parole, and in a case like this, that is a just and fair sentence."

Cases of super aggravated sexual assault of a child typically involve penetration of or contact between the complainant's sexual organ or mouth.

Johnson is accused of molesting the 3-year-old in the bathtub while he supervised her in 2015.

According to the district attorney's office, the young girl made an outcry to her father and grandmother days later about being touched inappropriately. That's when her family contacted the Houston Police Department.

Investigators reportedly interviewed the child, who was able to tell them what happened. Police then filed charges against Johnson, who sometimes took care of the 3-year-old.

"She was only able to defend herself by splashing water on him while it was happening and by telling her dad what happened," said Assistant District Attorney Edward Appelbaum. "She defended herself the best way that she could."
Report a correction or typo
Related topics:
houstonchild abusesex abuse against childrensex assaultmolestationsex crimechild sex assaultsex crimes
Copyright © 2021 KTRK-TV. All Rights Reserved.
CHILD SEX ASSAULT
Man gets maximum sentence allowed for abusing 3 young children
Babysitter gets 20-year sentence after pleading guilty to raping boy
Witnesses describe life inside R Kelly's 'Chocolate Factory'
Man accused of sexually assaulting 8-year-old in 1999 arrested
TOP STORIES
Jet in fiery Waller Co. crash was heading to Boston for Astros game
Houston executive 1 of 21 on board jet when it crashed in field
Gradual warm up set to return rest of the week
Astros to start less-than-healthy Greinke in Game 4 to salvage ALCS
Man wanted for aunt's murder in Florida arrested in Harris County
New congressional maps OK'd by Texas legislature head to Abbott
US expected to authorize mix-and-match COVID booster shots
Show More
Husband pleads for justice after wife was shot to death over $40
Fallen deputy just returned to work from paternity leave, friend says
Texans release longtime defensive end Whitney Mercilus
Wharton County investigating couple found murdered in home
US sees 50% drop in daily COVID-19 cases
More TOP STORIES News