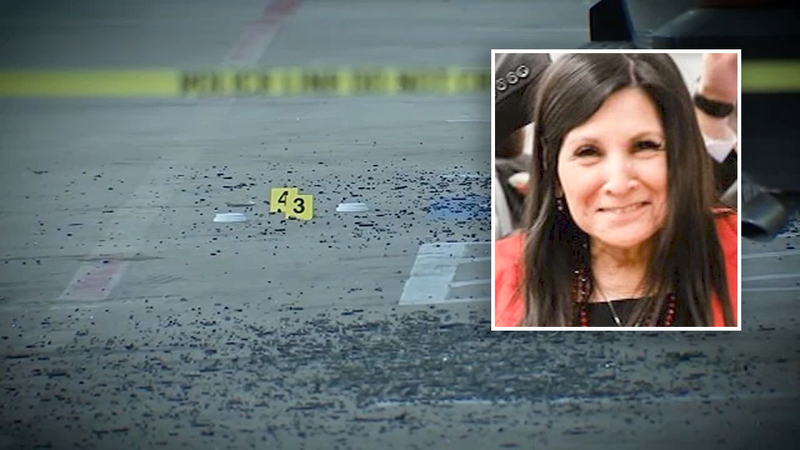 HOUSTON, Texas (KTRK) -- Two juvenile suspects have now been charged in the deadly shooting of a grandmother as she walked into a southeast Houston gym in June.

Almost seven weeks after officers arrested a 16-year-old in connection to the murder, police announced a second juvenile suspect had been arrested.

The two underage suspects are both charged with murder in the shooting death of 62-year-old Elsa Mikeska.

After more than a week of searching, a teen suspect was arrested for allegedly shooting the 62-year-old outside of Life Fit Personal Fitness Studio.

Homicide detectives will not be releasing the suspects' names or photos due to their age.

According to Houston police, a third juvenile suspect has also been charged in a separate robbery that happened just before the murder.

On Thursday, June 17, Mikeska was arriving for a 5 a.m. exercise class at Life Fit Personal Fitness Studio, located in the 10500 block of Fuqua Street near Beamer Road, when she was ambushed in the parking lot in an attempted robbery.

Police say the suspects' white Chevrolet SUV parked near the victim, and two people got out. Officers say the suspects confronted the woman and she took off running toward the gym before they opened fire, killing her.

An hour before, officers say the suspects attempted to carjack a vehicle from another woman at 10100 Freehill Street, about two miles from the gym. The car was broken down, so they weren't able to steal it. The victim ran, and no shots were fired.

Before the juvenile arrests were made, the suspects were described only as possibly Hispanic males in their early 20s.

A heartbroken family is left wondering who would do this after their loved one was gunned down outside of a Houston gym. Their message to the suspects and the rest of Houston.