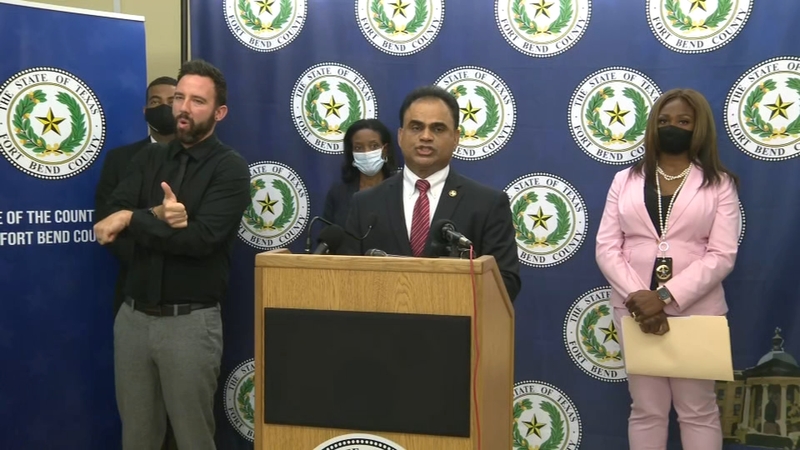 Judge KP George will be hosted a news conference on the lawsuit on Wednesday.

"I'll do all I can to protect the public health and the people of Fort Bend County," the judge wrote on Twitter. "I hope others will join me in following the science and listening to local doctors and the CDC to act swiftly and decisively."

I'll do all I can to protect the public health, and the people of Fort Bend County. I hope others will join me in following the science and listening to local doctors and the CDC to act swiftly and decisively.

In a series of tweets posted earlier in the day, the county judge has been vocal about his support for the use of masks, particularly in schools.
He posted a letter he wrote to the commissioner of the Texas Education Agency, asking them to consider the concerns of parents and teachers.

"The highly contagious delta variant has raged across Texas, and Fort Bend is no exception, as we have seen an increase in new confirmed coronavirus cases and hospitalizations in the past few weeks," the letter stated. "The purpose of this letter is to request that you stand up and lead on behalf of our children by providing local school districts flexibility ..."

I can personally identify with the pleas of parents, teachers, and school administrators requesting that measures be taken to protect our children in their learning environment by requiring face coverings for students and school personnel...This is bigger than us #MaskUp #COVID19 pic.twitter.com/b9NeakcJ7r

"First responders and school leaders are speaking out and standing up as Delta ravages our community. We have their back," Hidalgo wrote. "Protecting the community during an emergency is a duty, not an option for government leaders."

Despite COVID cases rising again, Abbott has said he will not impose another statewide mandate.

It would be "inappropriate to require people who already have immunity to wear a mask," Abbott said.

Abbott lifted the statewide mask requirement in March. Two months later, he announced he was banning government entities - including public schools - from mandating masks. Abbott reiterated that Texas schoolchildren will not face mask requirements as they return to school later this summer.

Both Austin ISD and Dallas ISD are going against Abbott's ban on mask mandates. Houston ISD is scheduled to take up the issue on Thursday, Aug. 12.