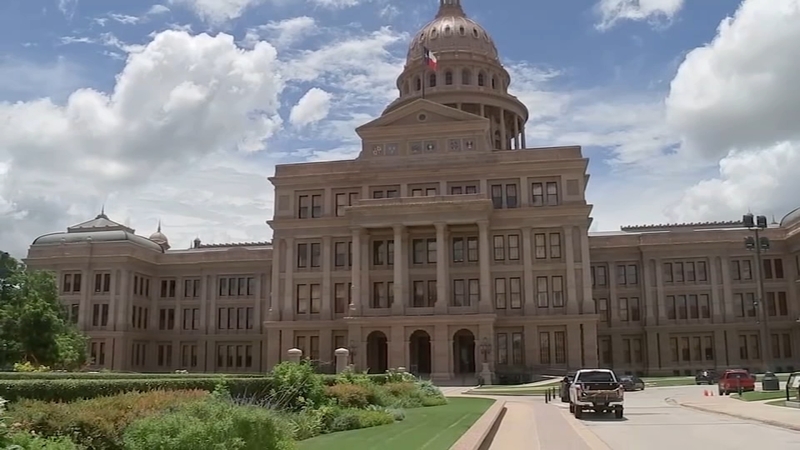 AUSTIN, Texas (KTRK) -- The statehouse in Austin continues to be at a standstill, but Texas taxpayers are still footing the bill.

Four days into the second special session, the Texas House remains in limbo. House Republicans approved arrest warrants to try and get their Democratic colleagues back who fled the state last month.

They tried during the first special session, which was a measure supported by State Rep. Jared Patterson (R-Frisco).

"Quite frankly, I'd want to be deputized and be one of the ones to go out and get them because I'm sick of it," Patterson said. "I'm missing my kids' 'meet the teacher' tonight. Our school starts Thursday. We're all making sacrifices to be down here."

Some Democrats have returned from D.C. In fact, on Monday, the House only needed five more to make a quorum, but lawmakers continue to boycott the special session because of the election integrity bill. More than 20 plan to remain in D.C. and block Republicans' efforts.

"Your vote is your voice, and if you don't have a voice in your representation, you can't advocate for any other issues," State Rep. Jon Rosenthal (D-Houston) explained.

Democrats said the out-of-state work isn't funded by taxpayers, but private donations. They also vowed not to take the $221 special session per diem.

However, records ABC13 obtained show they all received the money, totaling $5,304 per House lawmaker. Republicans got the money too.

The comptroller's office said in July it sent information to Democrats on how to decline the money. Rosenthal said they were told they had to return the money with a check.

So far, none have, but Rosenthal said he plans to. He also adds Republicans could've ended the session early to save taxpayers money.

"They're the ones that decided to remain in. Even when it was clear there was no quorum," Rosenthal said.

Republican leaders said it wasn't an option, and they plan to remain in Austin and wait on their colleagues.

"It's really disheartening," Patterson said. "That's over a million dollars of taxpayers' resources that were wasted on a special session where our Democratic colleagues didn't have the respect to show up and do the work they were elected to do."

ABC13 tried to ask Democratic leaders on Tuesday if they'll return soon. However, we were told a news conference would focus on the topic of masks and Gov. Greg Abbott and said leaders wouldn't address off-topic questions.