Humble teen may have been kidnapped by couple due to mistaken identity, investigators say 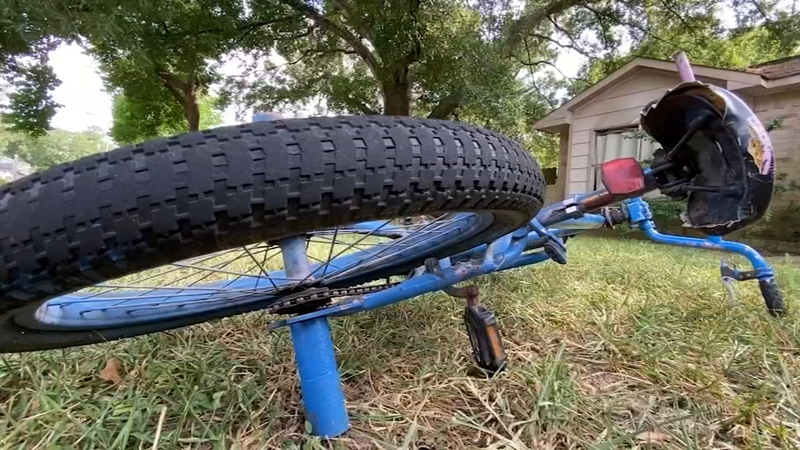 Mistaken identity may have played role in 15-year-old's kidnapping

HARRIS COUNTY, Texas (KTRK) -- A man and his girlfriend have been charged for kidnapping a 15-year-old in what authorities believe is a case of mistaken identity.

According to documents, Angel Torres and Zonita Hutto have been charged in connection with the teen's abduction.

The incident happened on June 20 in the Humble area as the teen was riding his bike near his home, according to documents. As he rode past a house on Misty Pines Drive, two Hispanic men approached the teen, forced him to stop his bicycle and grabbed him. The men dragged and pushed the teen into a home, records stated.

Once inside, Hutto told the men that the teen was allegedly paid to shoot up a house. The victim was then tied up with an extension cord, punched, kicked and beat with an aluminum baseball bat, according to documents.

Torres reportedly told another man to get a gun, and that's when the teen was able to get away. From there, the teen ran back to his home, told his father what happened and was taken to Kingwood Pediatrics to be assessed for his injuries.

Authorities were contacted, and in the investigation, the teen was able to identify Hutto and Torres as the suspects who held him against his will.

Investigators say the teen may have been targeted because Torres was looking for someone described as a white male, who shot up his mother's home on the same street, where bullet holes remain in the garage door.

"There's no such a thing as vigilante justice. I mean you let the police, let the professionals come out and investigate and handle situations such as that," said Harris Co. Pct. 4 Constable Mark Herman.

Investigators said the teen is not connected to a drive-by shooting, as neighbors on Misty Pines Drive are left stunned by this turn of events.

"I'm still dazed and confused right now to think about it. You know, the person that I know pre-allegations and pre-this," said neighbor Joel Rice, who said he's known Torres for 15 years and raised his own children across the street. "It's just very surprising that he would do something like this."

Torres is now facing two to 99 years in prison if convicted. While Torres has been arrested, an arrest warrant has been issued for Hutto. Both are charged with aggravated kidnapping.

Investigators are still working to identify the second man accused of helping Torres kidnap the teen and bring him to the home.

ABC13 checked on the teen on Monday, and his family said he was taken to the ER the night of the attack and checked for head trauma.