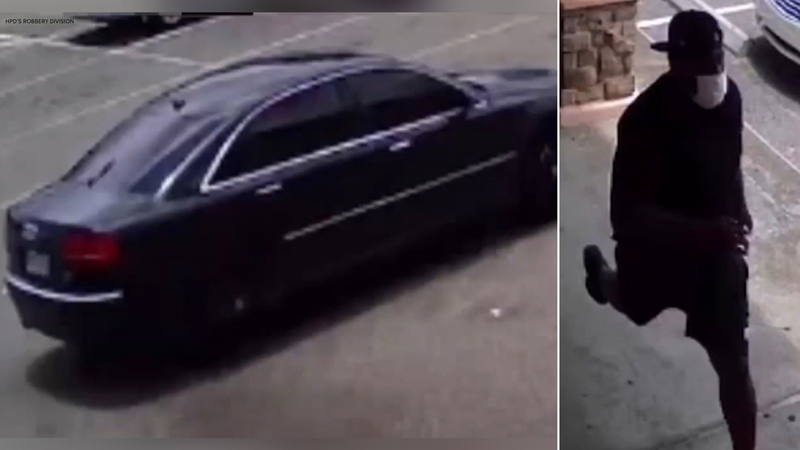 HOUSTON, Texas (KTRK) -- Police are asking for help from the community in the search for a suspect they said robbed an elderly pastor outside of his own church in southwest Houston.

Officials with the Houston Police Department's Robbery Division released a video of the incident that happened on May 26 in the 11200 block of Beechnut.

In the video, you see the man following behind the woman, before he forcibly grabs a moneybag from her.

At about 1:30 p.m., police said the pastor arrived to his church after leaving the bank.

The pastor reportedly had an envelope full of money in the front pocket of his shirt as he was heading towards the doors of the church.

Authorities said that's when a man suddenly approached him before snatching the envelope and running.

Was a $5,000 purse targeted at the Galleria? The owner of high-end bag told police she may have been followed from the shopping mall.

The suspect was described as a Black man standing between 5 feet 10 inches and 6 feet tall, weighing about 250 pounds.