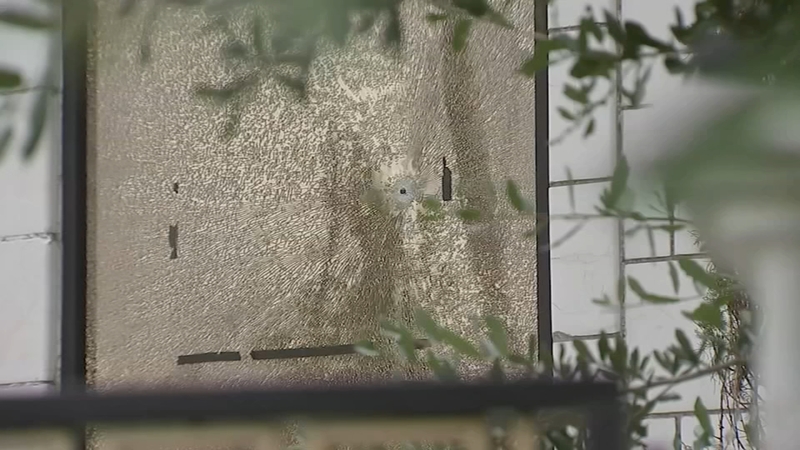 HOUSTON, Texas (KTRK) -- Church members were fast to jump into action when their place of worship was suddenly shot at over the weekend.

The incident happened Saturday afternoon at the Light of The World Church on Curry and the Eastex Freeway.

Police said a construction worker at the church heard the moment several shots were fired and saw the suspect's vehicle pass by. The worker said he got into his van and followed the suspect, who has been identified as 27-year-old Josue David Cordova, to the Eastex Freeway at Laura Koppe.

According to police, the worker was able to pull alongside Cordova's vehicle, who tried shooting at the worker but his gun did not discharge. Eventually, church members were able to box in Cordova until police arrived.

Church members were seen going after the suspect's vehicle. They boxed him in and kept him there until police were able to arrest him.

Cordova was arrested and charged with aggravated assault with a deadly weapon.

Bigvai Estrada, a spokesperson with the church, told ABC13 the incident happened while members, who were doing volunteer work, were having lunch on the lawn. Estrada added that more than 12 bullets have been counted so far.

According to a report, several windows were damaged in the shooting. Estrada said this is the third time in a year that the church has been vandalized, but did not specify about the other incidents.

"It's very worrisome. We're concerned about the safety and members of the church here in Houston," Estrada said.

When asked if the suspect was known in the community, Estrada said no.