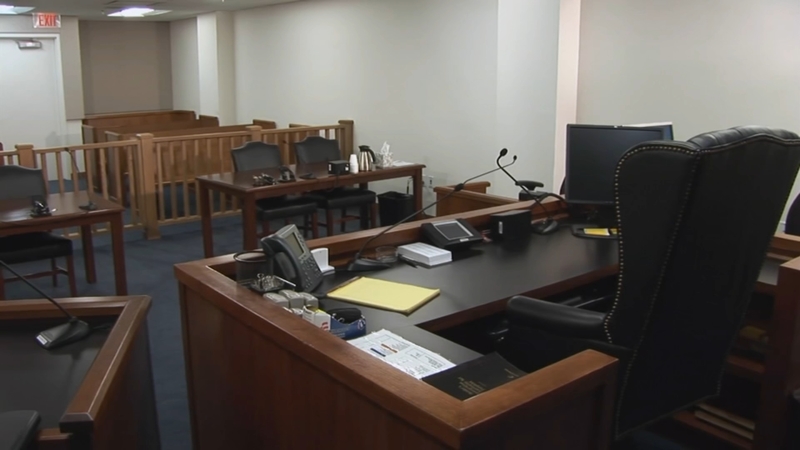 HOUSTON, Texas (KTRK) -- Most people wait years for their day in immigration court. There is already a huge backlog of these cases and the pandemic only made matters worse.

On Tuesday, courts in Houston resumed hearings for non-detained cases. This is something that Houston immigration attorney Naimeh Salem said is a step in the right direction.

"People are eager to finish their cases. Some are scared of what's going to happen to them, but at least they are going to have their day in court," said Salem.

Now the courts will start chipping away at the largest backlog yet, which is more than 1.3 million cases in the U.S., more than 213,000 in Texas and nearly 80,000 here in Houston.

Salem said some of the changes the Biden administration has recently put into place should help speed things along.

"One of the biggest changes that they did was that the master calendars or preliminary hearings are no longer to be seen in person by a judge. That should expedite things tremendously," said Salem.

Instead, in most cases, the preliminary hearings will be done through the mail. Salem explained the introduction of deferred adjudication and the addition of more judges will also play a role in helping speed the process up.

That is great news for people who have been waiting for their day in court for years. Leo, from Cuba, is one of them. He told ABC13 he has been waiting for documents for two years and he's had to rely on his family for support. Leo said it has been difficult, but he remains hopeful that eventually, he will get the paperwork he needs and things will get better.

According to TRAC Immigration, a Syracuse University organization, the average wait time for a day in immigration court is 946 days or about two and a half years in the United States.

As for the state of Texas, the average wait is close to the national average at 941 days.

However, out of all of the immigration courts in the state, Houston courts are three of the top four court locations when it comes to waiting time. The immigration court in downtown has the longest wait time in the state at just under three and a half years.
Report a correction or typo
Related topics:
politicshoustoncourthoustoncourt caseimmigration
Copyright © 2021 KTRK-TV. All Rights Reserved.
IMMIGRATION
ICE, other US immigration agents to end practice of worksite raids
Haitian family reunites with cousins in Houston after crossing border
Texas prosecutor drops trespassing charges against 11 migrants
Haitian-Houstonian working to help those seeking asylum
TOP STORIES
Colin Powell dead at 84 from COVID-19 complications
2 juveniles found shot inside vehicle in N. Harris Co.
Man found shot to death at popular Galveston condo complex
We're seeing gradual warming trend this week
What to know about 8 proposed amendments on Texas ballot
Search continues for shooter who killed Pct. 4 deputy, hurt 2 others
Coast Guard rescues 5 people from sinking boat near Freeport
Show More
At least 5 dead, 10 injured in violent weekend across Houston area
Mom delivers 14 lb. baby after suffering 19 miscarriages
5 people shot while at park in NW Houston, HPD says
Man behind controversial Trump Russia dossier speaks out
How to see next meteor shower, full moon, more
More TOP STORIES News