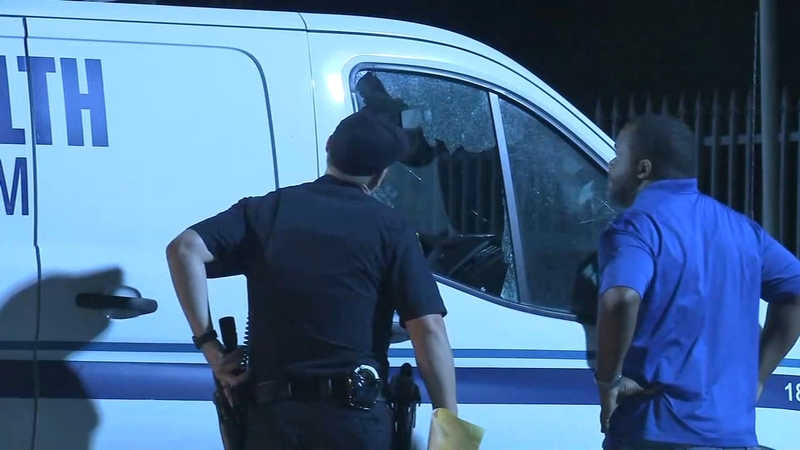 HOUSTON, Texas (KTRK) -- Authorities are searching for the gunman involved in another Houston roadway shooting after a woman was shot Saturday night while driving on Highway 288.

It happened just before 11:30 p.m. in the southbound lanes of the South Freeway between MacGregor and I-69.

The woman was driving a Harris Health System van and was involved in some type of incident with someone driving a white Mercedes, according to Houston police.

The man in the Mercedes opened fire and struck the woman in the chest, police said. The woman was able to drive to a gas station and call for help.

"According to her, the other person cut her off," said Houston police Lt. Emanuel Pavel. "She tried to go around him. It sounds a little bit like a little road rage where they went back and forth, and that's when the suspect pulled beside her on the passenger side and shot one time."

She was taken to a hospital and was expected to survive, police said.

The shooting was at least the seventh violent roadway incident in Houston over the past five days.