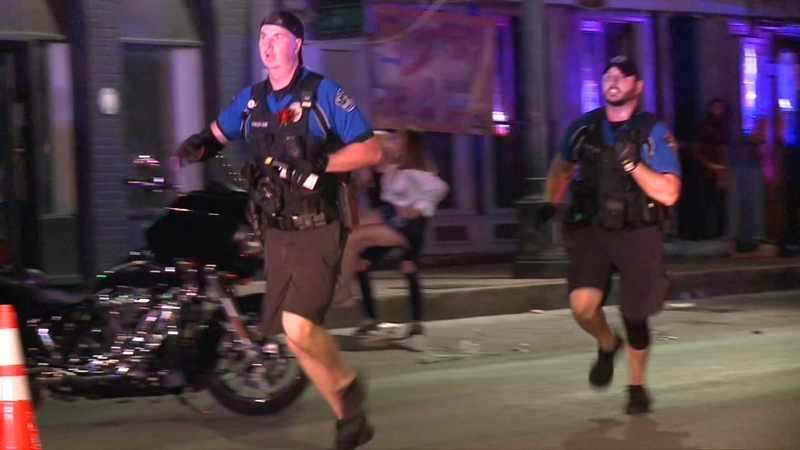 KILLEEN, Texas (KTRK) -- Police have arrested a 19-year-old suspect in the mass shooting in downtown Austin that killed a tourist and wounded more than a dozen others, authorities said Thursday.

De'Ondre Jermirris White was arrested in Killeen around 2:30 p.m. He was taken into custody without incident and transported to the city jail.

White is charged with murder after Douglas John Kantor, a 25-year-old tourist, was killed by gunfire.

"The tragic incident that occurred in Austin on June 12th received nationwide attention and we are happy to report that the murder suspect is in custody," said Austin Police Chief Charles Kimble in a statement. "We would like to thank the U.S. Marshals Service and our SWAT team for their dedication and persistence to help close a chapter in this investigation. We are glad to work with dedicated professionals that are committed to keep our communities safe regardless of boundaries. This case covered multiple jurisdictions and together we were able to locate and take into custody a violent fugitive."

Authorities have said the June 12 shooting on Austin's 6th Street arose after an argument between two groups of teenagers from Killeen.

Police initially arrested 17-year-old Jeremiah Tabb on an aggravated assault charge and another juvenile, whose name wasn't released. The charges against the two were dropped earlier this week after investigators identified White as the shooter.

"These two individuals were involved. This is not people who were innocent bystanders or somehow incorrectly identified in this case," he said.
EMBED More News Videos

Tabb was still jailed in Travis County on Tuesday morning and it wasn't clear whether he had an attorney who could speak on his behalf.