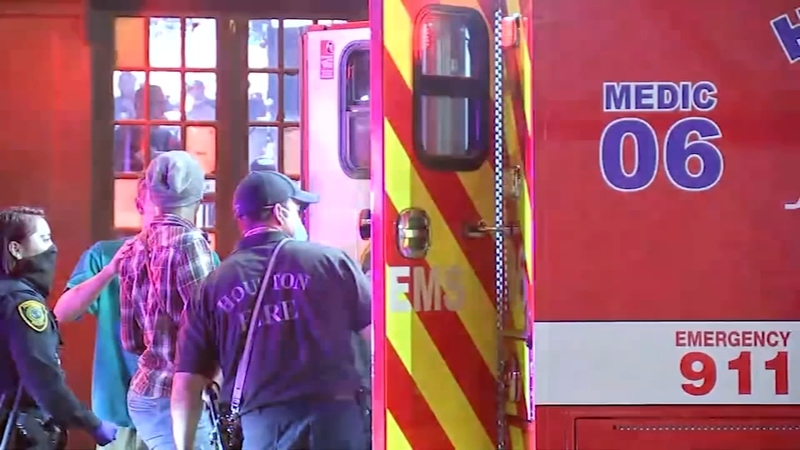 HOUSTON, Texas (KTRK) -- As violent crime spikes in the city of Houston, residents are taking measures to keep themselves from becoming victims.

Taseer Badar was attacked in the driveway of his home on Jan.19. He said three men followed him from a restaurant in Uptown and nearly killed him when he got out of his car.

"I will never forget those lasers being pointed in my eyes," Badar said. "They were engaged. They were loaded pistols. I was one second, not one second, one finger push away from not being here with you."

SEE ALSO: Houston records over 100 more homicides compared to this date in 2019

Since then, he has gotten dogs to patrol his home and a full-time security guard who he says, "greets someone with an assault rifle when they pull up."

Others have not gone to the extreme as Badar has since his life-changing encounter, but they are altering their daily habits.

Blanca Avila, a mother who lives in Houston, said she does not go out at night anymore.

"Definitely no gas stations at night," Suki said. "No ATMs. I don't obsess about it, but definitely being responsible for my own safety."

Merilyn Guzman showed a taser that she keeps in her purse. She said she does not walk to her car alone.

"After work or if I'm in a parking garage alone, I try to have a friend walk with me," Guzman said. "I try not to be alone in those situations."

Top Gun Range General Manager Kyle Harrison said they have seen a spike in first-time gun buyers. He said the buyers are people of all ages and demographics.

He said he cannot attribute it directly to an increase in crime.

"Uncertainty, I would say, is the biggest thing," Harrison said. "People are unsure what is going to happen next, so people want to be able to be prepared and take care of their loved ones and their families."

Tony Leal, former head of the Texas Rangers, said people should not allow crime to keep them from living their life. Leal said if someone goes out and wants to wear a nice watch or carry an expensive handbag, they should keep in mind that it might make them a target and just remain vigilant.

Leal adds that people should be aware of their surroundings and if someone is following them.

"If you sense that trouble, call 911," Leal said. "This is a time not to use Bluetooth. Even if you're using Bluetooth, pick up your phone and put it next to your head, so they can see that you're calling somebody, that you know something is going on. If you're at the mall and you sense someone is following you, almost every store has a police officer standing in it. Go up and talk to that cop."