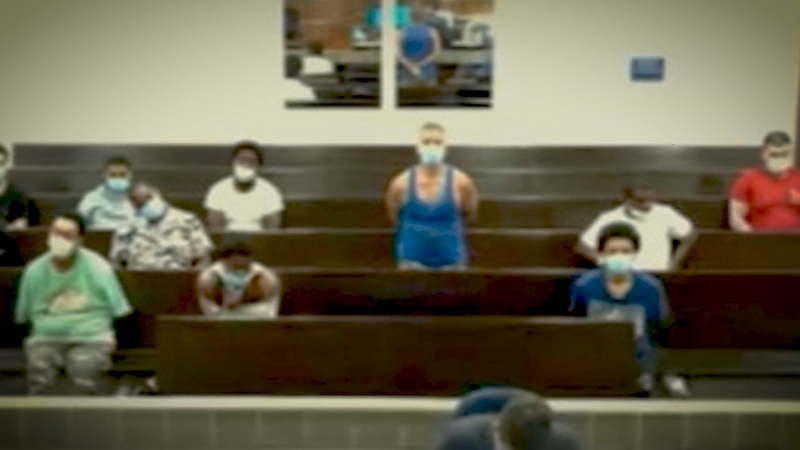 Michael Anthony Cuellar was charged for the 2011 attack of Roland Darby Suiter inside his Montrose home.

Suiter was a prominent property developer. According to his online obituary, he developed Suiter Construction Co. in 1956 and built 500 apartment units and more than 100 single family homes in Houston.

He developed so many properties in Pasadena, a street was named "Suiter Way" in his honor.

Suiter was taken to the hospital, but never recovered from the injuries and died at the hospital six months later. Investigators said the motive was cash, saying a large amount of money was missing from the home after the attack.

Houston police said in 2017 the case was assigned to the Homicide Division Cold Case Squad for review. New evidence obtained from their investigation led to the identification of Cuellar as the suspect.

Cuellar is now behind bars with a bond set at $100,000. In addition, the judge said if Cuellar made his bond, he could not possess any firearms or weapons, must remain in Harris and surrounding counties, needs to surrender his passport the day after making bond and cannot have contact with any witnesses in the case.