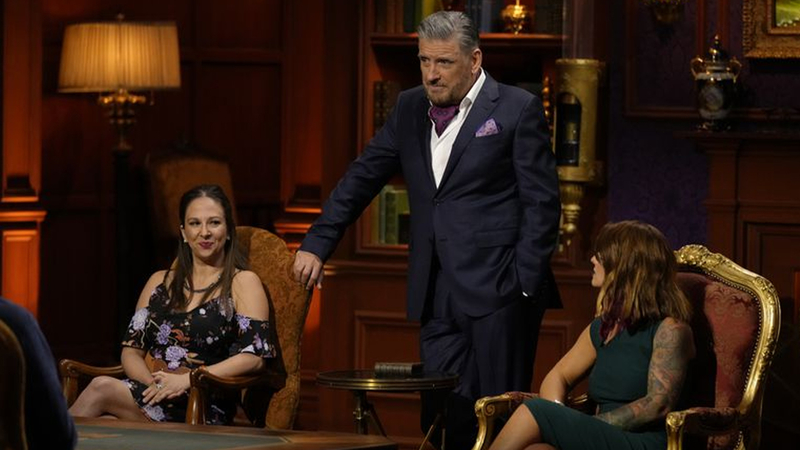 Craig Ferguson talks about hosting season 2 of 'The Hustler'

NEW YORK -- "The Hustler" is back for a second season with host Craig Ferguson on ABC.

The game show has been called "The most diabolical game on television."

"The thing I enjoy the most about this show is that I don't really host it, I play it along with everyone else," Ferguson said. "It's like being the dealer, not a drugs dealer, but a dealer at a cards game or something. Because I don't' know who 'The Hustler' is, I just play it, and it's kind of a dream job for me to be honest."

It returns as five new competitors join Ferguson as they try to figure out who among them is hustling them all.

"People are very surprising, I think that as the clues unfold about who they are and that they are a CIA operative and they have puppy grooming business, it's like how is that the same person," he said.

This week, "The Sopranos" and mega-superstar Lady Gaga are clues to discovering The Hustler.

Viewers of the first season might notice a few small changes with season two.

"There's a few gameplay tweaks it's a little faster at the beginning, it's faster at the start, we get to know the contestants as we play the game," Ferguson said. "The first season we introduced everyone, everyone talked and then we started to play the game. But this we just start playing the game, and as we start playing the game, we get to know who everybody is. I think it's better, it works a little better."

Season two of "The Hustler" premieres Thursday, June 17 at 10 p.m. EDT on ABC. Episodes can also be viewed the next day on demand and on Hulu.