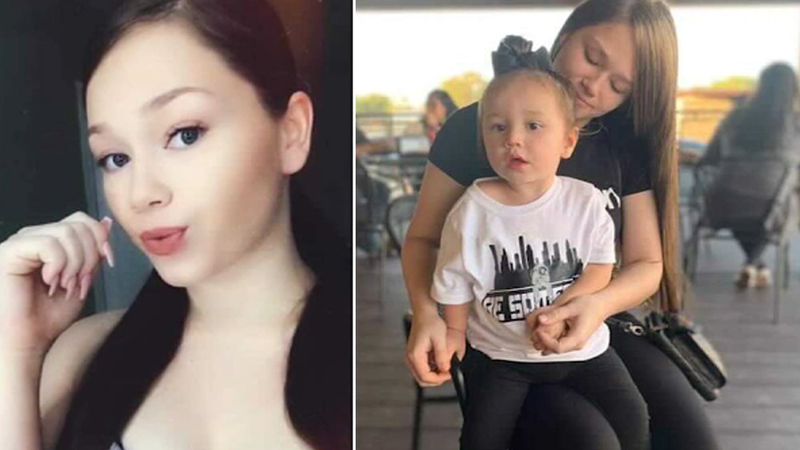 HOUSTON, Texas (KTRK) -- Investigators with the Harris County Sheriff's Office are looking into the death of a young mother. She was discovered dead in her bed Saturday night.

Deputies responded to an apartment in the 14500 block of Corpus Christi Street in northeast Houston for some type of medical emergency when they found her body.

The woman's boyfriend was in the apartment and told deputies he woke up and discovered she was dead, according to the Harris County Sheriff's Office.

Investigators said they were still piecing together what may have happened and said the case was suspicious.

"We don't want to jump to any conclusions," said one investigator on the scene. "We want to get everything out of the way, and get it processed, and get a better view of what's going on."

The medical examiner will investigate the cause of her death.

Family members and friends at the scene identified the young mother as 22-year-old Savannah Nicole Edwards.

A close family member shared pictures of Edwards and told ABC13 that her 3-year-old daughter was safe with a family member and was not at the home at the time of her death.

"She's such a sweet loving person. Everybody liked her. Everybody knew her," longtime childhood friend Lesly Romero said. "She never did anybody no harm. I'm just so heartbroken that I'm here in front of her apartment, and I can't see her. I can't talk to her. I'm going to get justice for my best friend because this isn't fair.

Edwards' close family member confirmed that an EverLoved page is the official fundraiser to financially help the family give her a proper burial and continue to support her daughter.