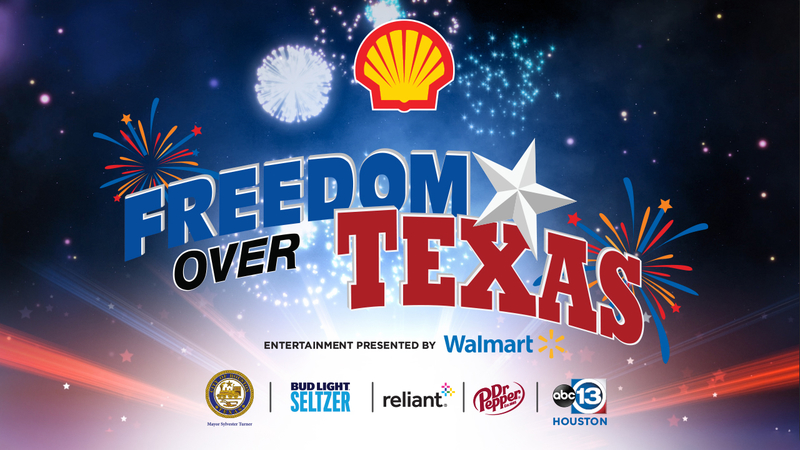 What this year's Shell Freedom Over Texas look like

HOUSTON, Texas (KTRK) -- Like 2020's quarantined Fourth of July, this year's huge public signature celebration is on hold once again as we continue battling COVID-19.

So what will the Shell Freedom Over Texas event look like this year?

Last year, the city of Houston celebrated the holiday with a virtual broadcast. This year's celebration will once again be a live-streamed event.

"Houston is a resilient city. The last 14 months have been tough, but we, once again, persevered," Houston Mayor Sylvester Turner said Tuesday during the announcement. "This year, the Shell Freedom over Texas will once again be a live televised and streaming event on ABC13, with incredible entertainment and incredible fireworks display."

Though it will be a televised event, Houstonians can still enjoy the city's tradition of music and patriotic moments through the live broadcast. Open spaces and neighborhood parks with a view of the downtown skyline are ideal, according to the city. Eleanor Tinsley Park will be open for viewing to families who wish to park downtown and walk.

However, gatherings and barbecues are not allowed.

"Six weeks ago, we couldn't forecast we would be where we are today. It takes time to move forward and we're going to do so as best we can," Turner said."

So who will be performing at this year's celebration? Special guests include the following:

Each year, Shell Freedom Over Texas donates a portion of the proceeds to the Houston Food Bank. This year, the city will feature a "Text to Give" campaign to help the food bank.