Rice University President David Leebron will step down in June 2022 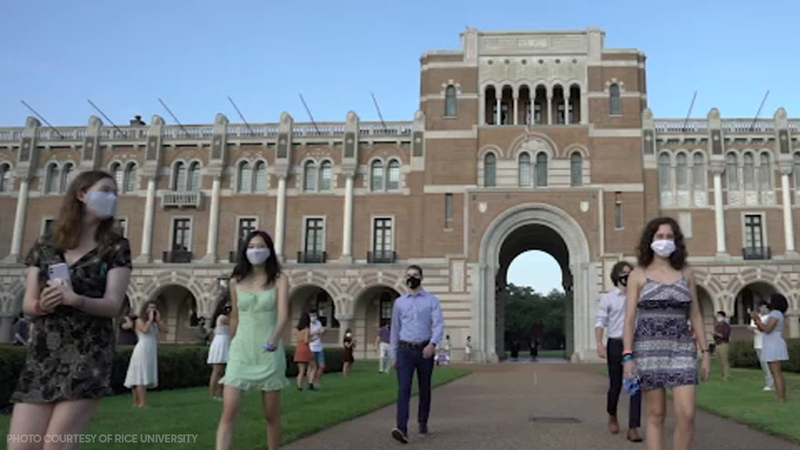 HOUSTON, Texas -- Rice University President David Leebron has announced plans to leave his position at the end of the next academic year after a nearly two-decade tenure with the university.

"I am so grateful to Rice University for this incredible opportunity and to you, the extraordinary people who make up the Rice community and who have time and again demonstrated our common values and commitment to excellence, creativity and compassion," Leebron wrote to faculty and students. "Working together, we have been driven by our desire to contribute to the betterment of our world and by our constant ambition to become an ever better university."

Leebron informed the university's board of trustees earlier this month about his upcoming departure.

The trustees hailed Leebron's tenure at Rice and thanked him for his leadership through an era of growth in the university's 109-year history that saw $800 million in new construction and extended the university's research endeavors and international presence, according to a May 26 news release.

"On behalf of the board of trustees, I want to express our deep appreciation and esteem for what David has done to transform our university while preserving its core values and community," said Rob Ladd, chair of the board in a news release. "Over what will be an extraordinary 18 years of service, David has had the vision, courage and determination to improve almost every aspect of this university."

Leebron was also key in improving affordability at the university with the 2018 launch of the Rice Investment, a financial aid program offering free and reduced tuition to students from low- and middle-income families.

During Leebron's time with the university, several new institutes and research centers were also launched, including the Welch Institute for Advanced Materials, Rice 360 Institute for Global Health and the Kinder Institute for Urban Research.

The university is also in the middle of completing a $1.8 billion capital improvement plan, including 29 new buildings, renovations and other construction projects, many of which are still underway.