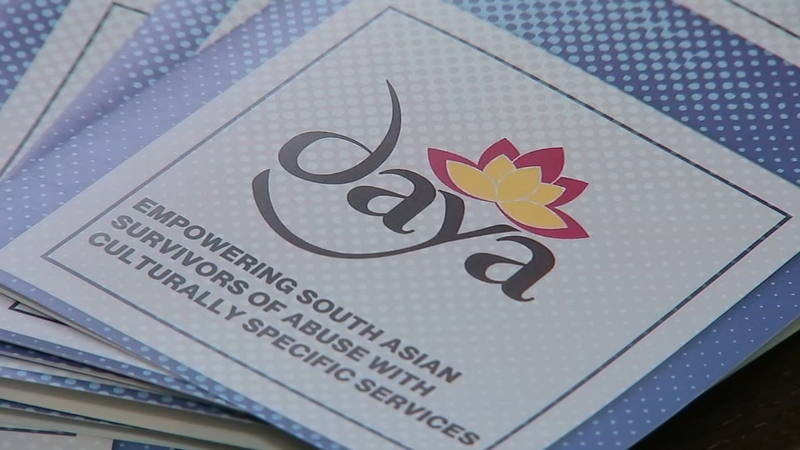 HOUSTON, Texas (KTRK) -- Daya Houston was founded 25 years ago to offer resources for South Asian survivors of domestic and sexual violence. "I just constantly felt like - food. I need food. My kids need food. They need milk. Always in my head. I just feel like I need to survive," said Tanzina Mehnaz, a mother of four. Tanzina was born and raised in Bangladesh. When she turned 18, her parents did what most in the country do. They arranged a marriage for her. "I've seen him first on my wedding day," Tanzina said. "I don't know what to do, he was drunk."

She said the verbal, physical, and sexual abuse started right away. And when they moved to Houston from Bangladesh, it got worse.Tanzina didn't speak English, she had no money, she couldn't drive, and divorce in her culture is considered shameful. So, she stayed in the marriage, and got pregnant four times."I came here by visiting VISA, but he never make anything, like no ID, no green card, nothing. I was here invisible," she explained. "I don't have any friends here because I don't talk to nobody. There was no phone. Only he got phone." It was Tanzina's oldest child who finally convinced her to leave.

"Then my daughter said, mom, we cannot live like this. We have to get out," she said. "And when I see that my kids are not happy, why I'm here? I stayed with him because of my kids. I don't want my kids to grow up without a father."

Tanzina and her children spent months at local shelters. But, how do you explain what's happening to a person who doesn't speak your language? How do you describe where you grew up to a person who has never been there? Tanzina needed culturally specific resources, and she turned to Daya Houston.

"We consider the role of language, the role of culture, the role of immigration status in everything that we do," explained Rachna Khare, Daya Houston's Executive Director. Daya volunteers were able to help Tanzina find a job and an apartment. She now speaks fluent English. Lawyers even helped her apply for and receive a Green Card - without her parents or husband being involved. "Many times when they get married, the abuser does not do the proper paperwork so they can stay," Khare explained. "They find themselves undocumented and at a much higher risk."