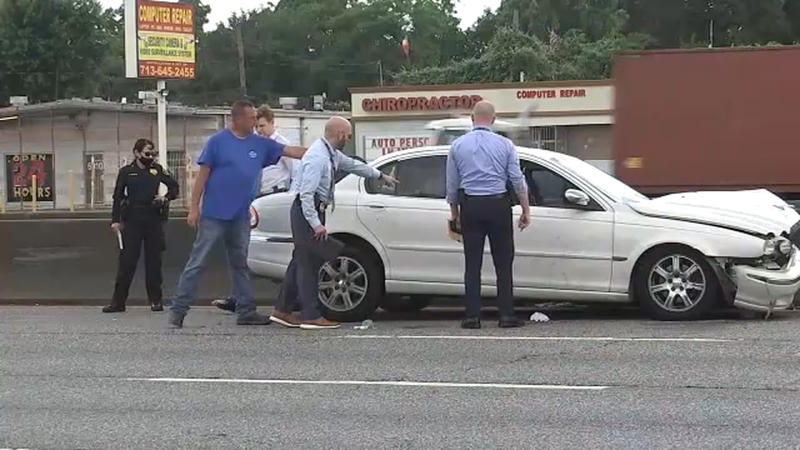 I-45 blocked after deadly freeway shooting

HOUSTON, Texas (KTRK) -- Inbound lanes of the Gulf Freeway were cleared of emergency vehicles by mid-afternoon Monday hours after a driver was killed in a possible road rage shooting.

Police said they received a report of the shooting at about 12:20 p.m. Monday on northbound I-45 at Griggs.

Assistant Chief Patricia Cantu elaborated on the incident, adding two vehicles were seen weaving in and out of lanes at a high rate of speed.

One of the vehicles hit the concrete center barrier twice before coming to a stop.

Good Samaritans rushed to the motorist's aid when they found that he had been shot. The victim was taken to the hospital where he was pronounced dead.

Cantu added the shooting may have been related to road rage.

Police did not immediately say if anyone was detained.

Both inbound and outbound lanes of I-45 were either closed or had slow traffic. Drivers heading southbound on I-45 were being diverted off toward the South Loop.