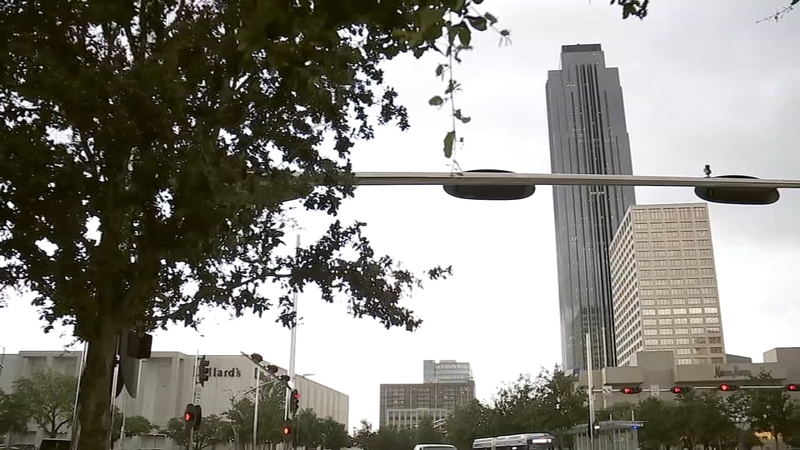 HPD's step to staying ahead of lurking thieves

HOUSTON, Texas (KTRK) -- Houston police have identified five locations from where they say unsuspecting victims have been followed and robbed at gunpoint, with some people even being beaten or shot.

The list includes the Galleria, the Post Oak Hotel, River Oaks District, PlazAmericas on Bellaire and Johnny Dang & Co. on Richmond. It was included in court documents for two men arrested on Thursday.

Dominique Vorrice, 31, and Juwan Nevels, 27, are charged with criminal conspiracy with intent to commit aggravated robbery after police say they scouted their victim at Johnny Dang & Co., a southwest Houston jewelry store. They allegedly followed a green Lamborghini out of the parking lot, but were arrested before they could rob anyone, court records said.

They are among at least four alleged robbery crews identified and arrested in the last week by the Houston Crime Gun Task Force and accused of targeting victims in the Galleria area.

On Saturday, a man was followed home to Alvin from Johnny Dang & Co. and robbed at gunpoint. Brazoria County Sheriff's deputies arrested one man after a chase. Two others were able to get away.

On Sunday, four men from Baton Rouge were arrested during an undercover operation after police watched them follow someone from the Galleria, according to court records. Officials believe the men were aiming to carjack the man. Last week, four Houston men were arrested after a similar scenario, records said.

HPD chief responds to 13 Investigates analysis showing 700 crimes reported at a south Houston apartment in the last 15 months and the shortage of officers.

The arrests are in response to the more than 40 documented cases of people being followed and robbed in the last six months. Some victims have been beaten or shot.

Chief Troy Finner told ABC13, in a town hall last week, that the department has been very deliberate as they try to bring the violent crime numbers down.
EMBED More News Videos

"We move resources everyday to those areas where we have the most crime," Finner said. "We have our crime suppression units and our gang units and we surge to those hot spot areas everyday."