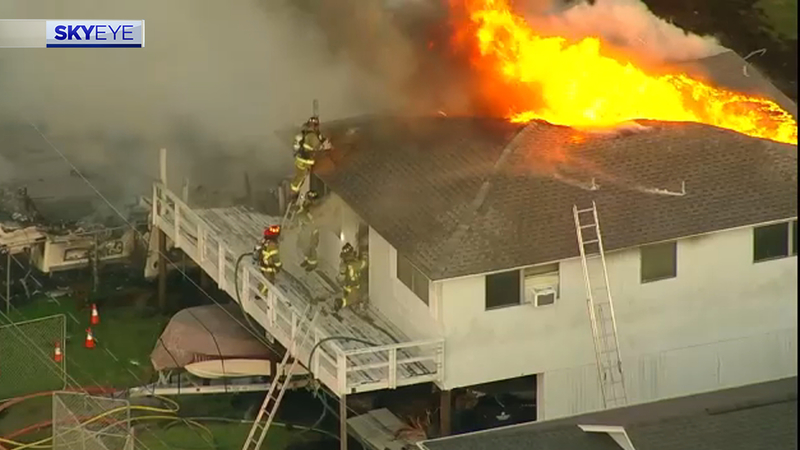 Crews responded to the 1600 block of Dick Bay Street where at least three homes were engulfed.

The smoke and flames could be seen from miles away. Video from Skyeye showed one home was leveled by the blaze. Flames were seen shooting through the roof of a neighboring home.

Firefighters from San Leon, Bacliff, Texas City and League City were on the scene.

The homes are along Dickinson Bay and back up to a canal. It appeared at least one boat was also destroyed by the fire.

Six people inside one home and another person in a trailer were able to escape the flames, according to a man who lived in one of the homes.

Family pets were missing for much of the morning, but were found safe hours after the fire broke out.

WHAT A REUNION! The pets ran up to their owners during Charly Edsitty's live report on the Eyewitness News 7 a.m. streaming newscast Wednesday morning.

In all, four structures were either damaged or destroyed, which was being investigated by the Galveston County Fire Marshal's Office.