HOUSTON, Texas (KTRK) -- The Houston Police Department's Robbery Division is asking for the public's help in identifying the suspects who robbed a customer at a Burger King drive-thru.

Police just released surveillance video from the incident that occurred last month in the 9000 block of Clinton Drive.

The victim told police that two suspects suddenly approached his vehicle while at the drive-thru. One of the suspects pointed a handgun at the man while demanding that he get out of his vehicle. 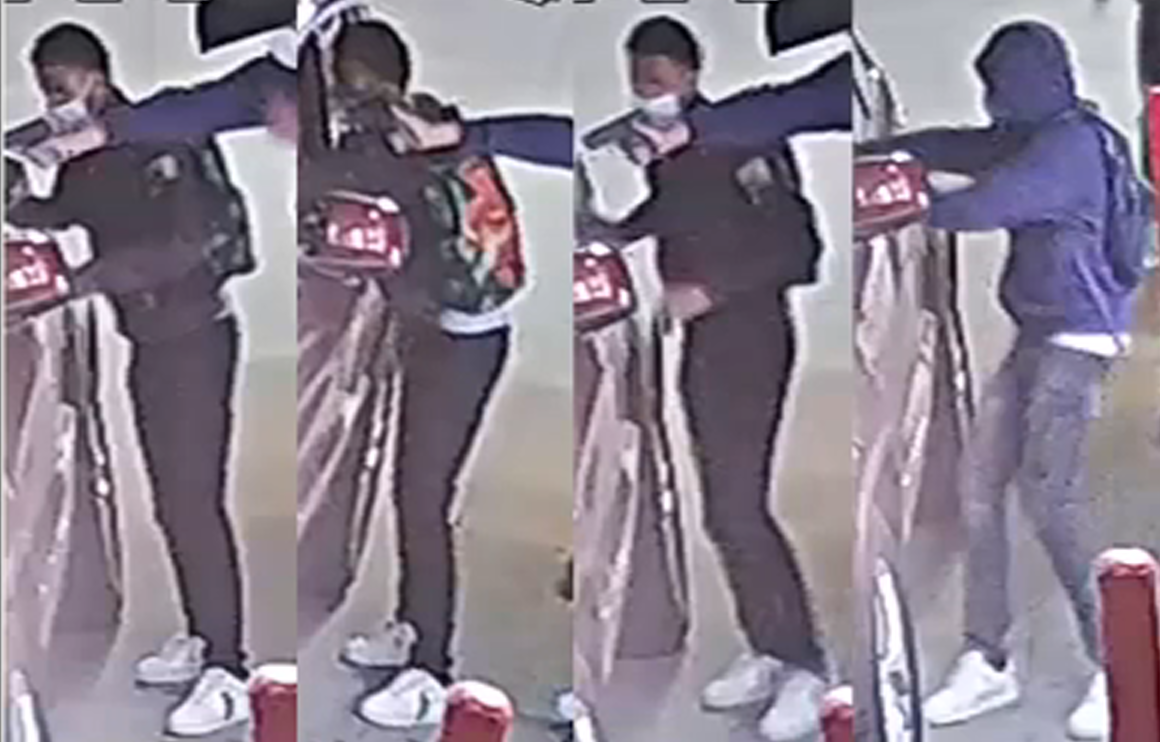 Video shows the victim complying and the suspects then speeding off in his vehicle.

Moments later, police found the car speeding in the 11000 block of the Eastex Freeway and tried to perform a traffic stop. The suspects refused to stop, exited the vehicle and ran off on foot.

Police said they were unable to locate the suspects after that.

WATCH: 13 Investigates crime committed every 7 hours in this neighborhood

One suspect was described as a Black male between the ages of 14 and 17. He was wearing a blue pullover and blue jeans.

The other suspect was described as a Black male wearing a black pullover and black pants.

Information leading to the charging and/or arrest of the suspects could result in a $5,000 reward. If you know any information regarding this crime, you are urged to contact Crime Stoppers at 713-222-TIPS.