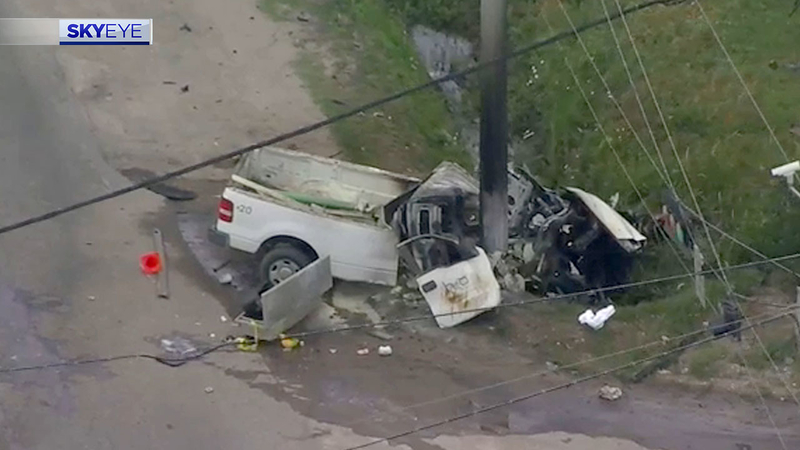 Pickup mangled at end of chase in NE Houston

HOUSTON, Texas (KTRK) -- A chase on Tuesday afternoon ended with a crash that killed the driver who was running from authorities.

The wreck happened on N. McCarty Road in northeast Houston. According to the Harris County Sheriff's Office, the driver of the suspect vehicle died after crashing into a utility pole. The driver was the only person in the vehicle.

.@HCSO_D3Patrol deputies were involved in a pursuit of a stolen vehicle when the suspect crashed into a pole at the 4500 block of McCarty, where the vehicle engulfed in flames. The suspect was confirmed deceased on the scene. Investigators are en route to the scene. #hounews pic.twitter.com/OEJIjyf0qK

There's no immediate information on what prompted the chase or where it began.