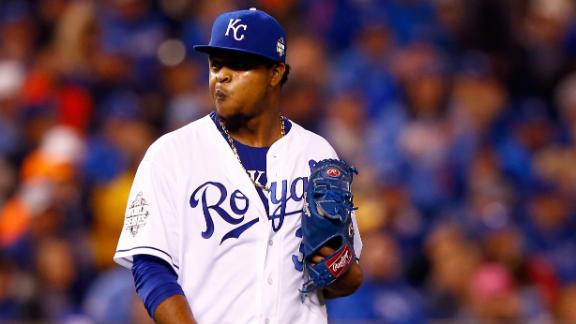 KANSAS CITY, Mo. -- The father of Edinson Volquez, the starting pitcher for the Kansas City Royals in Game 1 of the World Series, died Tuesday in the Dominican Republic.

Daniel Volquez, 63, died of complications from heart disease, according to a family source.

The source said the pitcher heard the news while on his way to Kauffman Stadium for the game. He allowed three runs on six hits in six innings of Kansas City's 5-4, 14-inning winover theNew York Mets.

The Royals confirmedDaniel Volquez's death after the game. Edinson Volquez left after he was removed from the game and did not speak to the media.

Royals manager Ned Yost provided a contrasting version of events to writers after the game, saying the Royals adhered to the wishes of Volquez's family and declined to tell him what had transpired in the Dominican Republic before he took the mound. The Royals hadChris Youngon alert as a potential Plan B starter. Butafter Royals officials spoke with the family, the team elected to stick with Volquez.

"We found out about an hour before, and we said, 'What do you want us to do?'" Yost said. "And the family said, 'We don't want you to tell him. We want him to pitch this game.' We said, 'If that's what you want, we'll do exactly what you want.'"

According to Yost and other members of the Royals, Volquez's wife and children were on hand to greet the pitcher when he entered the clubhouse after the game. Yost said general manager Dayton Moore ushered the family into the manager's office and closed the door so they could have some private time.

Royals pitcher Jeremy Guthriesaid he spoke to Edinson Volquez briefly before he left.

Royals first baseman Eric Hosmer offered support to his teammate and commended his performance on the mound.

"Your heart goes out to Volquez and his whole, entire family," Hosmer said. "The way he went out there and battled for us, you hate to hear news like that. But it's another angel above watching us, behind us the whole way."

The elder Volquez, a mechanic in the Dominican Republic, introduced his son to baseball when he was about 10 years old. Edinson Volquez often returned home to visit his parents and said not long ago that they were his biggest supporters while he was trying to make it in the big leagues.

Volquez is the second Royals pitcher to lose a parent in the past month. Young, the starter scheduled for Game 4 before throwing three shutout innings of relief Tuesday, lost his father, Charles, to cancer on Sept. 26. The next day, Young pitched five perfect innings before leaving the team to be with his family in Texas.

Young spoke of his mindset throughout his relief appearance as it related to his recent personal loss.

"Almost every inning tonight I was thinking about my dad and hearing his voice," Young said. "... He's with me constantly. It's still fresh for me, and tonight brought back a tough night I went through a month ago."

Young's pain and the freshness of its presence helped him identify with his teammate in the midst of his loss.

Information from ESPN.com senior writer Jerry Crasnick and The Associated Press was used in this report. 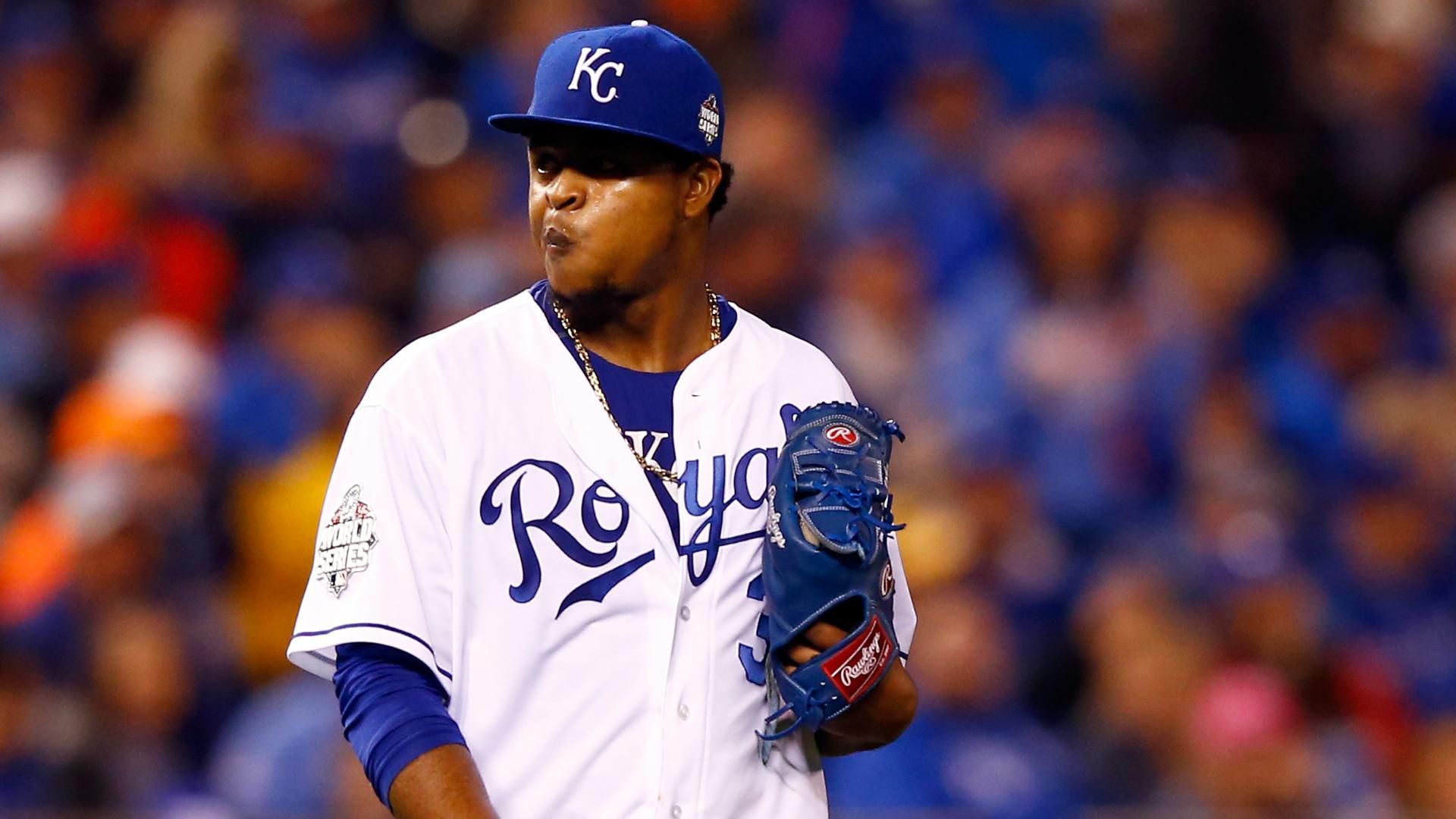