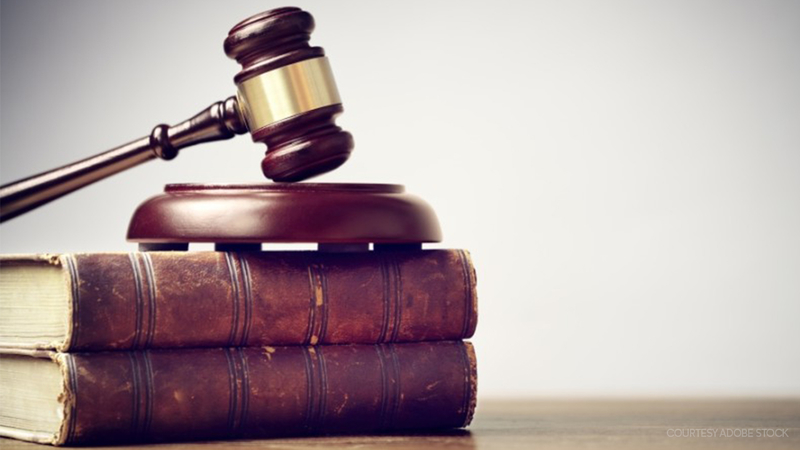 HOUSTON, Texas -- Harris County Commissioners Court unanimously passed a resolution April 13 in support of efforts in the 87th Texas Legislature to create a new criminal district court to assist with the county's growing criminal court backlog. If the efforts are successful, this would be Harris County's first new criminal district court since 1984 when the 351st District Court was created.

"The average caseload per court [in 1984] was 888 new fillings per year; as of 2020, annual caseloads have more than doubled at 2,061 new filings per year, which is a 232% increase," Precinct 3 Commissioner Tom Ramsey said during the meeting.

Spearheaded by state Rep. Gene Wu, D-Houston, the new court, if established, would expand the capacity of the county's criminal court system in hope of reducing its backlog, which stood at 70,951 total cases pending before criminal district courts in Harris County as of April 8. According to Ramsey, this is up from 47,238 total cases that were pending before Harris County criminal district courts at the start of the COVID-19 pandemic in March 2020. Ramsey added Harris County currently has 8,173 felony detainees who are awaiting trial.

"Justice delayed is justice denied for every participant in the judicial system as a backlog and inefficient system results in crime victims being unable to obtain justice, defendants being unable to move on with their lives and taxpayers being forced to carry the bill," said Adrian Garcia, Precinct 2 commissioner and former Harris County sheriff.

While the commissioners agreed the creation of a new criminal district court would provide relief for existing courts, it would also be costly. While the state would pay for the new judge's salary, Precinct 4 Commissioner Jack Cagle-a former Harris County civil court judge-said the county would foot the bill for any costs associated with support staff and facility operations.

According to county staff, the addition of one criminal district court would cost the county upward of $800,000-$1 million per year.

Additionally, Precinct 1 Commissioner Rodney Ellis-a former state senator-said getting the Texas Legislature on board could be a challenge.

"If it was that easy to go get a new court through the Legislature, we would've had some since 1984," Ellis said.

In addition to the possibility of creating a new criminal district court, commissioners also discussed the potential for additional associate judges to help tackle the case backlog.

"It's a lot cheaper to add an associate judge to an existing court staff than it is to add a whole new court," Cagle said.

"I think [associate judges are] an urgent need for our judges, and I think it will bring immediate value ... immediate savings ... and immediate expedience to one's right to a speedy trial," Garcia said. "I think we have to find a way to give the judges what many are striving for, and that is to get to a quicker point for jury trials."