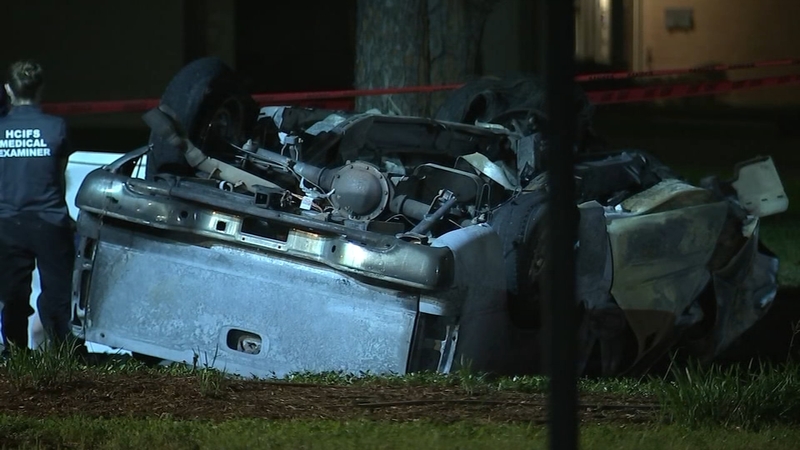 HOUSTON, Texas (KTRK) -- A trapped driver of a vehicle that had crashed Saturday in southwest Houston died after it caught fire, despite attempts to free him from the wreckage, witnesses said.

It happened on South Gessner near Meadowland Drive.

The vehicle crashed into part of a bridge and rolled over, witnesses said. The vehicle's fuel tank was ruptured in the collision and ignited.

A bystander tried to free the driver from the car but couldn't get him out before flames consumed it, witnesses told ABC13.