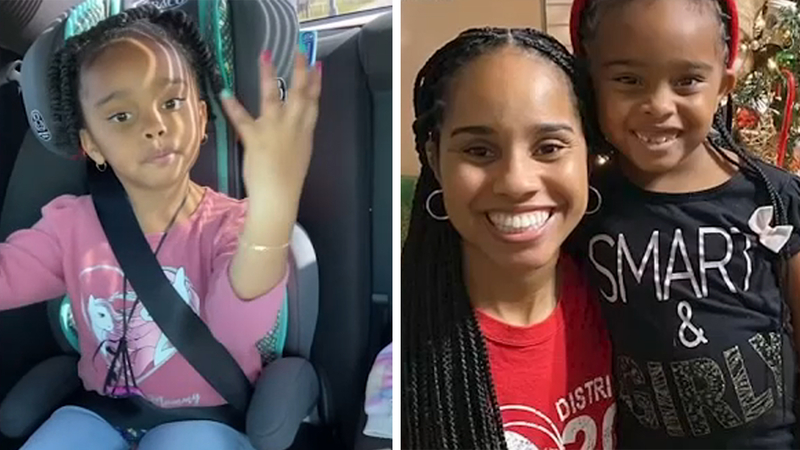 PEARLAND, Texas (KTRK) -- From the backseat of her mother's car, 9-year-old Taylor Michelle spoke some serious truth about the often wild and unpredictable weather in Texas.

"Weather in Texas is crazy," she said in a video posted to her Instagram page. "Monday, it's sunny and Tuesday, it's raining like it's gonna snow the next day and Wednesday, it's freezing cold."

Her account, "TheeTaylorMichelle", has 180,000 followers, and the video about the weather has 18,000 views, and a lot of laughs in the comments.

Taylor's mother, Tabitha Garcia, runs the account that features videos of Taylor talking about a variety of topics. They live in Pearland.

"I talk about school sometimes and I just start talking about stuff that happens," Taylor said.

Initially, the videos were posted as a way for Tabitha to share videos of Taylor with her mom, but then she quickly became an internet sensation when complete strangers discovered the videos.

"[Taylor] was a babbler as a baby and a talker as soon as she knew what words to put together," Tabitha said.

Many of the videos are captured in the car because Taylor is not allowed to have any devices, and instead will look out the window and start talking about whatever is on her mind.

Her mother asks permission before recording, and the result is usually a hilarious glimpse inside the mind of a 9-year-old.