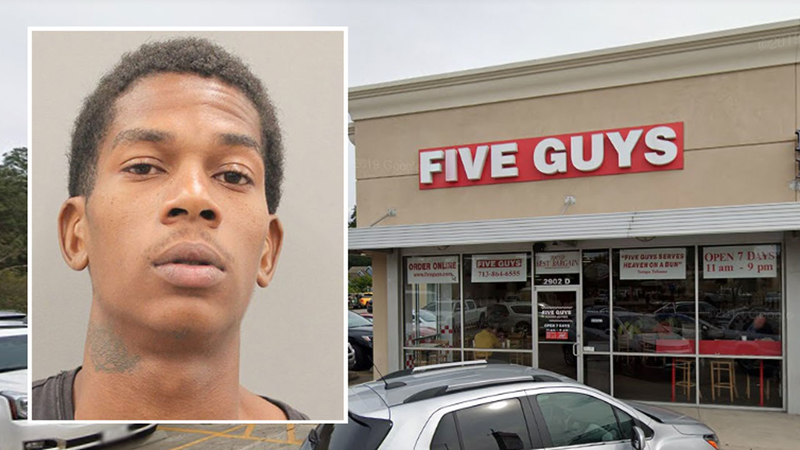 HOUSTON, Texas (KTRK) -- A robber who shot at a deputy constable outside of a Five Guys burger restaurant was given a lengthy prison sentence for the incident.

Keith Thomas pleaded guilty last September in connection to a 2019 incident in which he held up restaurant employees and diners before shooting the Harris County Precinct 5 deputy constable in the arm. Days following the incident, Thomas was arrested.

In the latest update, a judge sentenced the 25-year-old to 87 months, or a little more than seven years, in prison for the robbery. Thomas also received an additional 120 months for the firearms charge which will be served consecutively to the other prison term.

According to a release, Thomas' sentences will be followed by five years of supervised release.