Griddy customer in Houston slapped with $5,500 power bill this week 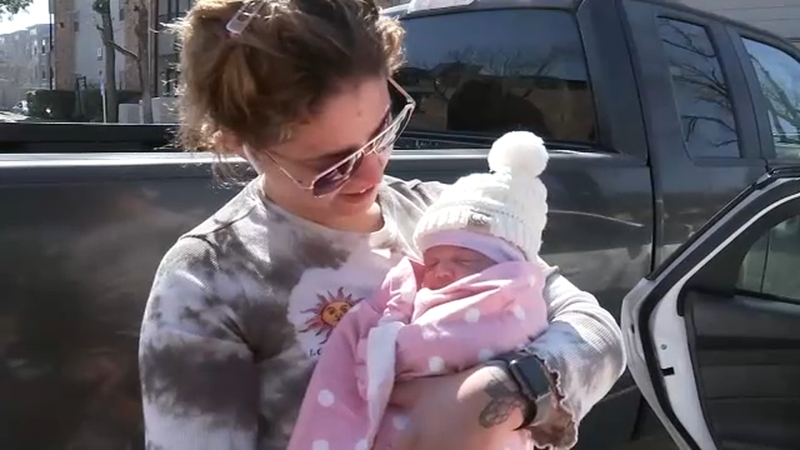 Half of 2-week-old's life spent without power

HOUSTON, Texas (KTRK) -- Thousands of Houstonians were still without power as of Friday afternoon, including 2-week-old Luna and her family.

"It's day five for us, we've been off since Monday at noon," said frustrated mother Liana Cassell, as she cradled Luna in her arms. "It's freezing, you can see breath in my house, it's so cold."

Cassell and her family moved from Wisconsin to Texas five months ago. They're used to the cold, but not the lack of electricity.

"In Wisconsin we have 12 inches all the time, and we have electricity but out here, it's so different," said father DeVonte Pointer. "I didn't know what to do, and now, I'm still panicking a little bit because there's no electricity."

As of Friday afternoon, just over 3,000 residents in the Houston region were without power, according to CenterPoint. Most of those without lived in apartment complexes where equipment malfunctioned. However, because of the widespread controlled outage earlier in the week, the equipment problems were not evident until the entire power grid was restored.

Meanwhile, other families are worried about abnormally high electricity rates.

"Like we don't have $5,000 lying around. I guess we would have to have a payment plan," Ammons said.

Griddy released a statement to ABC13 Friday afternoon saying they are asking ERCOT and the Public Utility Commission, which oversees ERCOT, for relief for its customers.

While that request is still pending, ERCOT does have several other issues on its hands.

ERCOT operations returned to normal on Friday, but in a call to reporters, ERCOT President Bill Magness admits the week was extraordinarily difficult.

"I really want to acknowledge the immense human suffering that we saw during this event," Magness said. "When people lose power, there are heartbreaking consequences."

Magness did not specify what he thinks ERCOT should do going forward, other than to wait for governing authorities to mandate specific changes.

For Houstonians, if you still have outage issues, it is best to contact CenterPoint. Pockets of equipment failure did not surface until most of the power grid was back online. Now that the grid is back to normal, CenterPoint crews can tackle specific equipment related power outages.