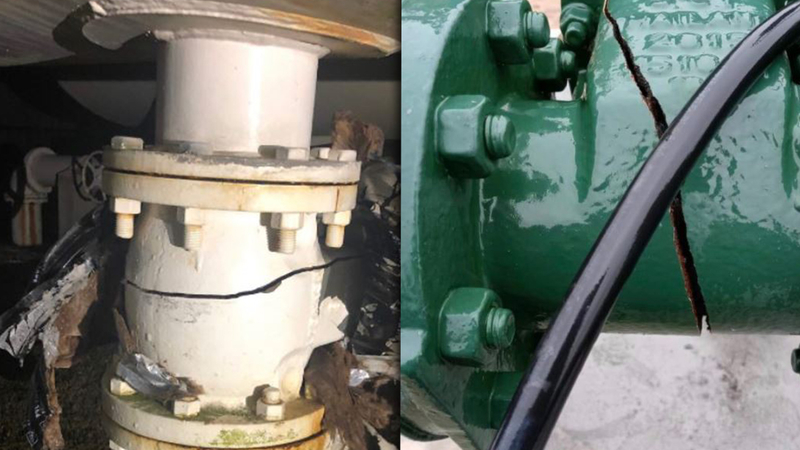 Water will take some time to normalize, Houston mayor says

HOUSTON, Texas (KTRK) -- It wasn't just the power outages. The water outages have been widespread, and damage to some supplies was catastrophic due to the sub-freezing temperatures this week.

Approximately 590 public water systems in 141 Texas counties have reported disruptions in service, affecting nearly 12 million people as of late Wednesday afternoon, according to a Texas Commission on Environmental Quality spokesperson.

While some supplies are completely offline, others continued to experience low water pressure, which forced officials to issue boil orders throughout the region.

Houston remained under a boil order Thursday due to the risk of contaminants after pressure dropped during power outages and freezing temperatures.

Mayor Sylvester Turner said the boil order could remain in place until at least Sunday or Monday.

State environmental officials said Wednesday that people dripped faucets so much that it caused water pressure levels to drop even more.

"It's not clear when water supplies will be replenished, but energy constraints often have impact on the water system because the water system requires energy for treatment and pumping," said Michael Webber, an energy resources professor at the University of Texas at Austin.

13 INVESTIGATES: 48 hours without power a 'nightmare' as residents demand answers

While utilities worked to restore service, homes and businesses may not be able to receive service until damage is repaired after burst pipes were reported. Power outages only made those situations worse, officials said.

"We will keep the water service on as long as possible, though intermittent disruptions may be necessary as we attempt to stabilize the water supply due to major water line breaks across the island," said public information officer Marissa Barnett.

Pump stations on 30th Street and the airport were running, but officials said they were aware of many areas of the city that were still experiencing issues.

Boil orders across the state could last longer than usual due to the unprecedented number of water supplies that were compromised by outages and pressure issues, according to Texas Commission on Environmental Quality Executive Director Toby Baker. Baker says testing will have to be conducted to ensure water is safe before the orders can be lifted.

There are only 135 labs in the state that do that sampling, he said.