2 dead in Houston area possibly due to exposure to cold 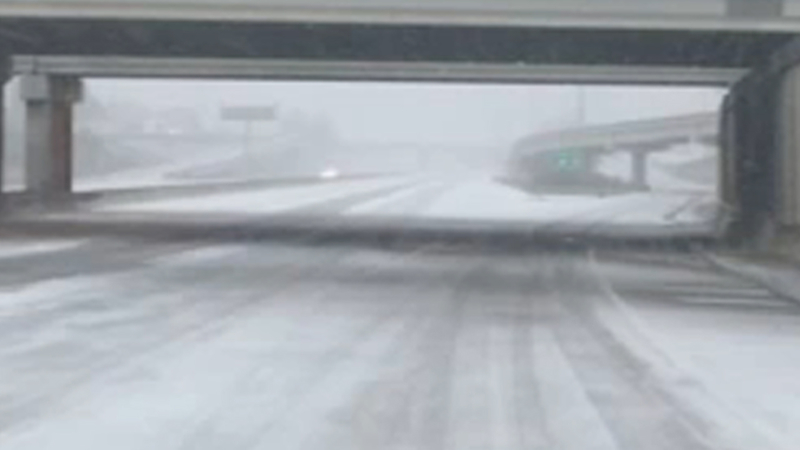 HOUSTON, Texas (KTRK) -- Houston Police Chief Art Acevedo is urging those to take advantage of the city's warming centers after a man was found dead on a median near Midtown.

According to a tweet posted by Acevedo on Monday, the man was found dead in the 3500 block of Spur 527 near Bagby Street. He said someone saw him and immediately called police.

Very sad about the death of a male subject in our city. Please seek shelter tonight. Temperature is already down to 20 degrees with windchill of 6 degrees. pic.twitter.com/5NSu8Wa155

"While we suspect the cause of death to be related to exposure to extreme low temperatures, the official cause of death pending an autopsy," wrote Acevedo.

Also on Monday, the sheriff's office said a homeless man was found dead at an overpass in east Harris County.

According to a tweet posted by the Harris County Sheriff's Office, the man was found dead just before noon on Monday at I-10 East and Sheldon Road.

1/2 Deputies were called to the overpass at I-10 East at Sheldon Road today just before noon. A 60-year-old man experiencing homelessness was found deceased, possibly from exposure. Cause of death will be determined by autopsy. #hounews pic.twitter.com/aOsbaPbYcn

2/2 Members of our Homeless Outreach Team had previously offered to take the man to a warming center, but he unfortunately declined. #hounews pic.twitter.com/kUlh4PnsDm

Before the doors opened Sunday afternoon, a long line of people waited in the cold to get in. GRB was one of several shelters in the Houston area over the weekend.