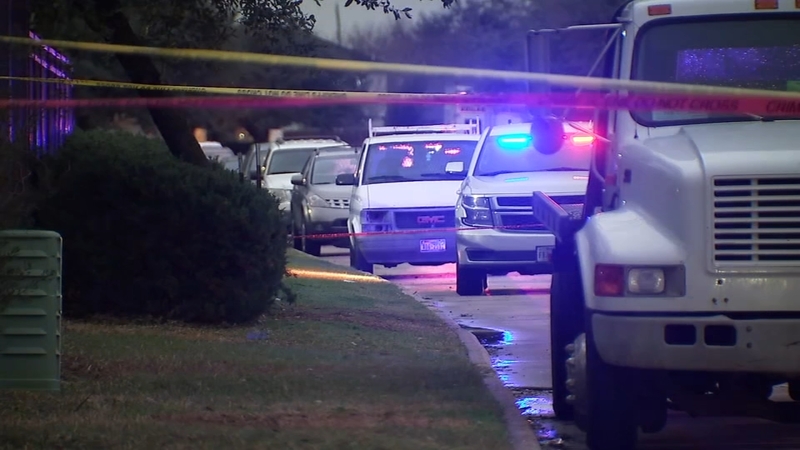 HOUSTON, Texas (KTRK) -- A man who was accused of shooting a 9-year-old girl in the head has been charged after what Harris County Sheriff Ed Gonzalez described as a drive-by shooting linked to road rage last week.

Kenneth Ross Gray, 22, was taken into custody Tuesday night. He was charged with aggravated assault with a deadly weapon, after threatening the girl's father, and serious bodily injury to a child, according to court records.


Deputies responded to the 19900 block of Masters Manor Lane in the Katy area last Friday around 4:40 p.m. A witness told them a man, with his wife and two children in the car, stopped, got out and yelled for help. Moments later, another car pulled up.
"[They] pulled up very fast, really quickly next to the father. Someone in that vehicle extended a gun outside a window and fired multiple shots into the family's vehicle," said Jason Spencer, a spokesperson for the Harris County Sheriff's Office. "We have a young girl who is fighting for her life right now."

The girl was flown to the medical center with a gunshot wound to her head. She underwent surgery that night. Sheriff Gonzalez gave an update Wednesday and said she is recovering from the head wound.

Thankfully, the child is recovering from the head wound. Excellent work by our HCSO Violent Crimes Unit to get this dangerous man off our streets. #HouNews