US airman who helped thwart French train attack is stabbed 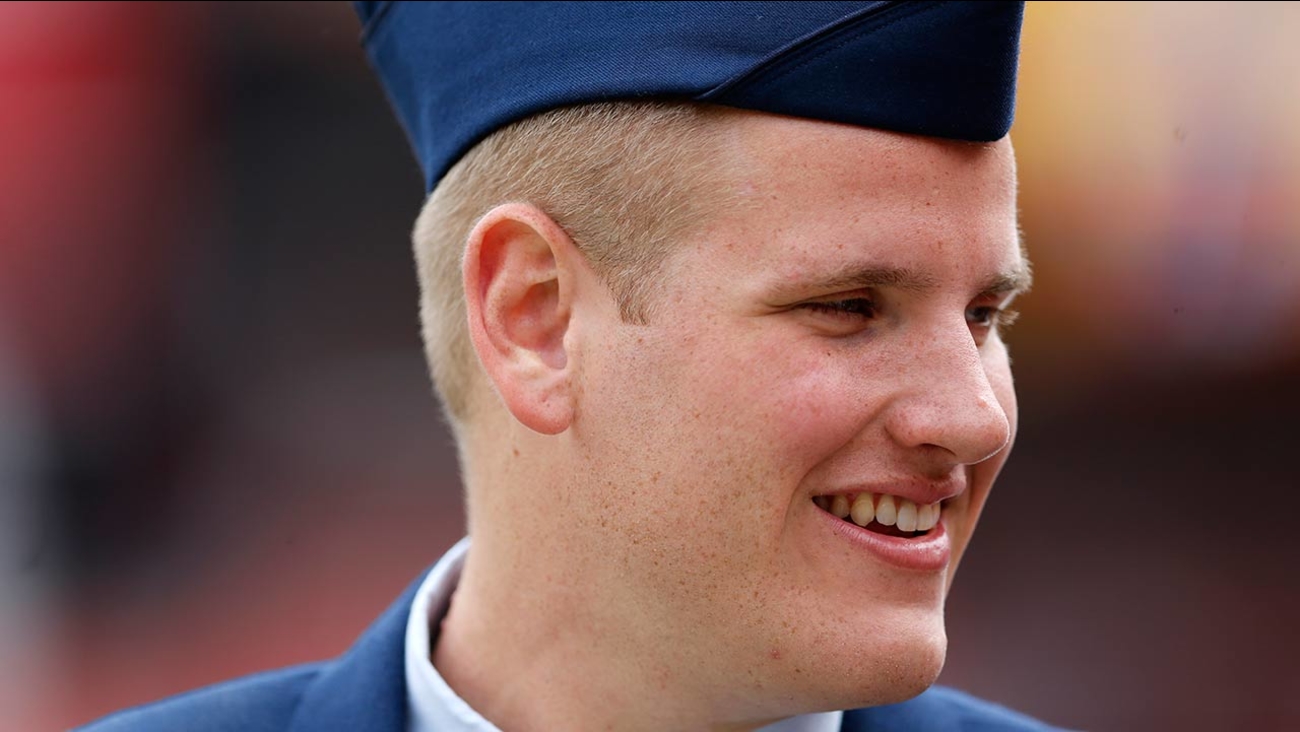 US Air Force Airman 1st Class Spencer Stone who was injured stopping an attack on a Paris bound train walks along the sidelines before an NFL football game on Sept. 20. 2015. (AP Photo/Patrick Semansky)

SACRAMENTO, CA -- Airman 1st Class Spencer Stone, hailed as a hero for helping to tackle a gunman on a French train in August, was stabbed and seriously wounded outside a bar early Thursday in what police said was an alcohol-related fight that had nothing to do with terrorism.

Stone, 23, was stabbed repeatedly in the upper body while out with a group of friends in his hometown and was taken to UC Davis Medical Center, authorities said. They said he was expected to pull through.

Police said two assailants fled in a car. No immediate arrests were made.

"We firmly believe that this is not a terrorism-related event and that it is in no way related to the incident that occurred in France," police said in a statement. They called the stabbing "a nightlife-related incident."

Police said they do not know whether Stone was drinking, but others in his group were.

In a statement, the hospital said Stone's family "appreciates the outpouring of love and support" and requests privacy.

Everybody send prayers out to the stone family today

Over the summer, Stone and two of his childhood friends from Sacramento, National Guardsman Alek Skarlatos and college student Anthony Sadler, were vacationing in Europe when they took down a gunman and thwarted a terror attack on a Paris-bound passenger train.

Ayoub El-Khazzani, a man with ties to radical Islam, had boarded the train with a Kalashnikov rifle, a pistol and a box cutter. A British businessman and a French-American were also commended for helping to stop the gunman.

President Barack Obama met with the three Americans last month, praising them for their quick thinking and courage and calling them "the very best of America." They were also awarded France's highest honor by President Francois Hollande. The three appeared on late-night talk shows and received a hometown parade.

Stone suffered a cut thumb and other injuries in stopping the train attack. He is assigned to Travis Air Force Base in California.