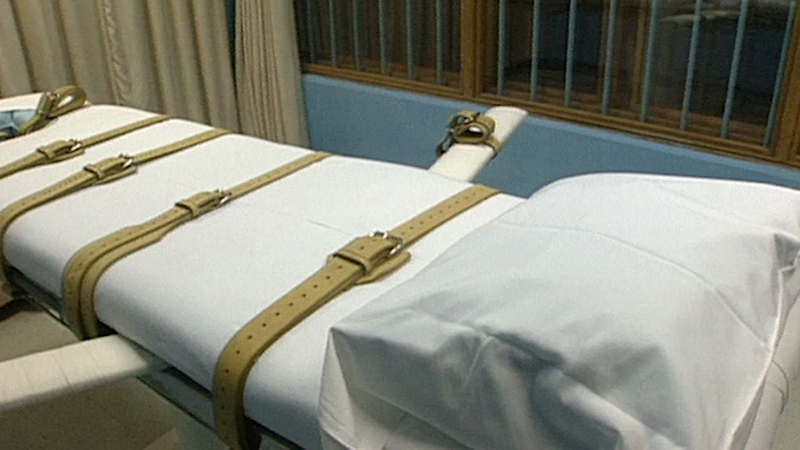 HOUSTON, Texas (KTRK) -- Raymond Riles has been on death row longer than anyone else in the U.S.

More than 40 years ago, he was sentenced to death for killing a used-car salesman in Houston. He's currently housed in an east Texas prison, waiting for his sentence to be carried out.

On Monday, Harris County District Attorney Kim Ogg said Riles, who is now 70, should get a new punishment hearing.

She argued that Riles, who received the death penalty in 1976, is entitled to the same legal protections now afforded to defendants in 2021.

"Death penalty law has evolved and now requires jurors to be able to meaningfully consider and weigh mitigation evidence about an offender such as childhood abuse and trauma," she said. "In 1976, Riles' capital murder jury was not given this opportunity."

Riles, at the time 24 years old, stood trial in 1976 for the murder of 31-year-old John Thomas Henry at John Henry Motors, a car lot Henry owned in Houston. Riles and another man, Herbert Washington, went to the car lot to confront Henry over the condition of a car purchased there. They shot Henry while demanding the money back.

Washington was also sentenced to death, but his sentence was overturned. He later pleaded guilty to two related charges, receiving sentences of 25 and 50 years.

After Riles was sentenced to death, his execution was rescheduled several times because he was determined mentally unfit, according to the Associated Press. His trials were marked with repeated outbursts, including attacking the judge in one hearing. He also attempted suicide by setting himself on fire in his death row cell in 1985.

Riles has repeatedly expressed his desire to die, according to a 1986 report from AP. He reportedly told an Islamic chaplain, who spent the day in 1986 when Riles' was set to be executed playing dominoes with him, that he wanted that day to be his last on death row.

But now the decision on whether Riles will receive a new punishment hearing remains with the Texas Court of Criminal Appeals.

In a response filed with the Court of Criminal Appeals last week, Ogg said, "Our prosecutors notified the crime victim's son, and these cases are heartbreaking because the process takes so long that laws can and sometimes do change, and it just prolongs justice and healing for the families of the dead. Nevertheless, we believe the law requires a new punishment hearing for Riles."