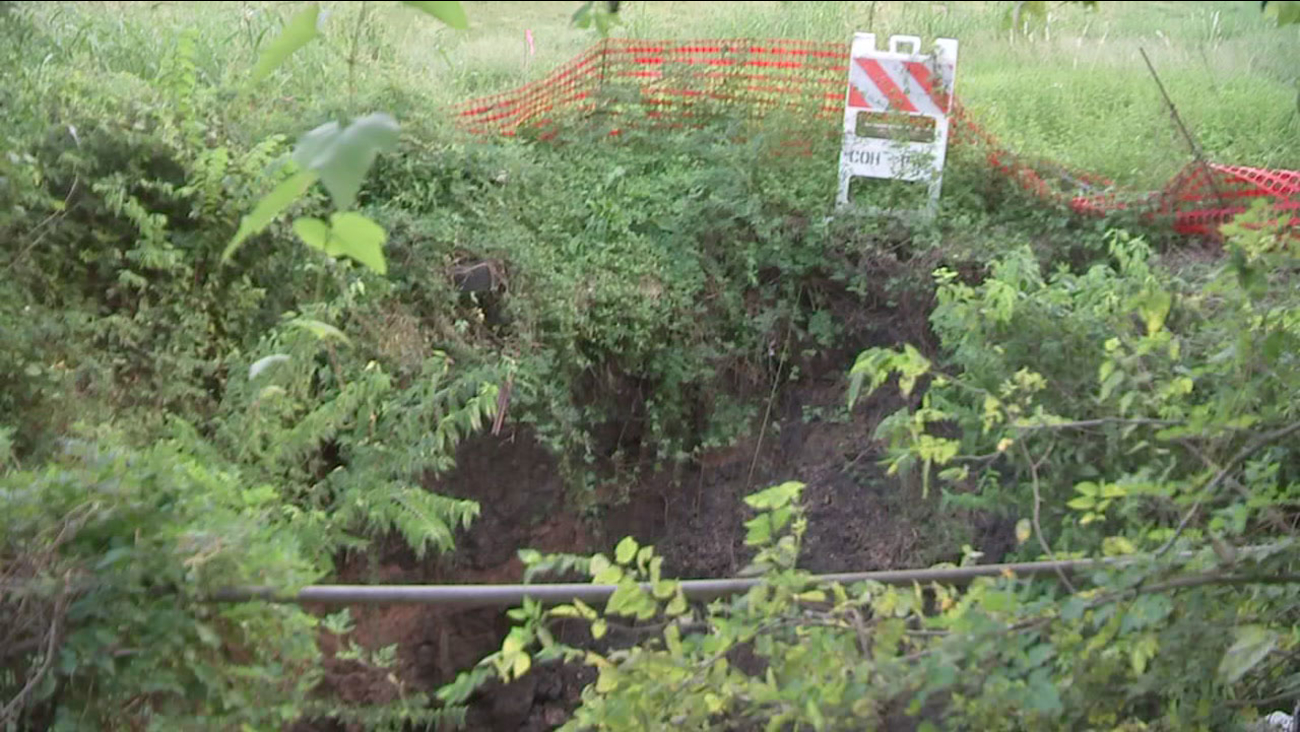 HOUSTON (KTRK) -- In June, we told you about this massive sinkhole that opened up in a Houston woman's backyard. The city said it was on top of it, but that sinkhole is still there, and about ready to swallow up the barricades.

Diane Walker doesn't come out to her backyard anymore.

The storm drain collapsed back in May, leaving a huge hole. Walker says in June crews came out and put up barricades, but nothing has been done since.

Now the barricades are sinking.

"I am a taxpayer. I am a homeowner. I have been here since 1967 right in this moment. And I'm saying, 'Why aren't you doing anything to help?'" she said.

The family next door is also concerned because their backyard backs right up to the hole.

The ground is too weak to handle lawnmowers. Walker's storage shed is balancing over the hole, which is growing bigger and bigger by the day.

Walker says she's called and called the city but gets the runaround.

"They're telling me that the paperwork went to the wrong place and that's not their job but they got in touch with somebody that will get in touch with me," Walker said.

City officials tell Eyewitness News, "The engineering solution for the collapsed outfall is 90 percent complete and will be reviewed by Public Works and the Harris County Flood Control District. The goal is to create a permanent solution in an area with limited access."