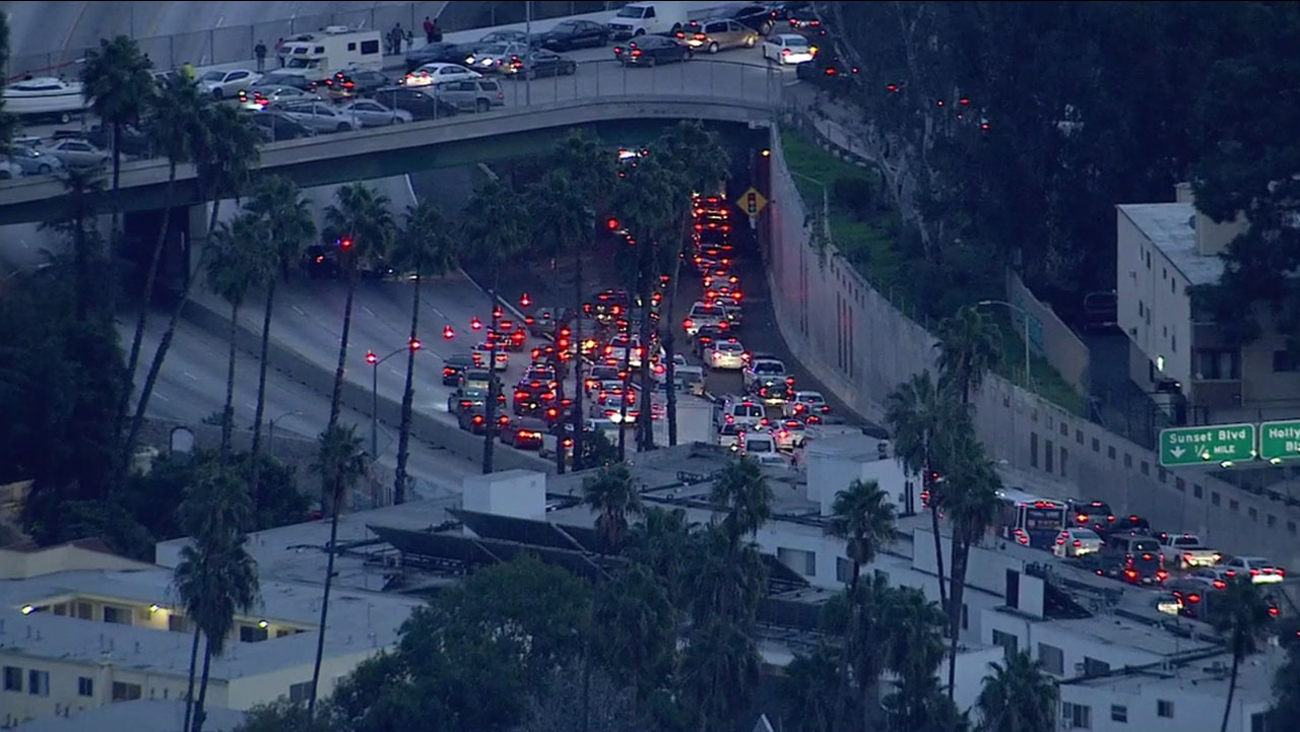 LOS ANGELES, CA -- A rookie Los Angeles firefighter helped convince a man who threatened to jump off an overpass in Hollywood to safely surrender after causing the closure of the 101 Freeway Tuesday night.